In case you haven’t noticed, soccer is hosting their quadrennial beer garden party with soccer matches included in the price of admission. And it’s really a pretty big deal, unless you’re an American.

This year’s host of the FIFA World Cup is Russia . . because of fucking course they are. And contrary to popular belief, the Trump administration did not reward the games to the country formerly known as the USSR for helping out in the 2016 general election. Nope, Russia won the rights to host the Cup games the old fashioned way . . they bribed enough peeps.

For those of you who ain’t down with soccer, the World Cup includes 32 teams who will compete in a month long tournament for bragging rights to the entire world. So even if your country really sucks in every other way, no worries . . winning the World Cup will make up for it. Yay sports!

And so far so awesome as England survived a scare from Tunisia to win their opening match . . Brazil made history by not winning their opening match (they tied) for the first time ever . . and Cup favorite Germany lost their opener to Mexico; immediately after which, German Chancellor Angela Merkel called President Trump and offered to help pay for the wall.

In honor of the beautiful game, I’ve come up with 18 reasons why the World Cup is the greatest show on earth. And yes, I chose the number eighteen because of the year. And yes, I really am that simple.

2. No stupid drinking games- Unlike other sports, soccer fans do not concern themselves with waiting to imbibe until someone scores. These stupid drinking games don’t translate to a sport where the average final score is 1-0. Turns out, this is a very good thing, because soccer fans don’t have time to wait when drinking copious amounts of alcohol before, during and after the game is so much more fun! 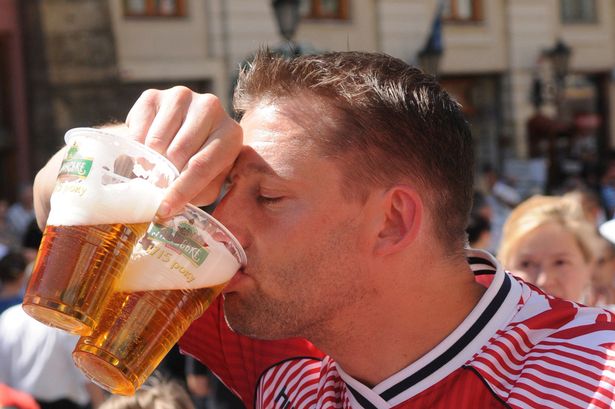 3. No LeBron talk- Lebron isn’t going to be taking his talents to the US soccer team this summer. You know why? Because the US soccer team, inexplicably, didn’t qualify for World Cup play! As an American soccer fan, I’m miffed. As a soccer fan in general, I am perversely satisfied with this result. The women rock USA soccer, but the men’s side has been marginally successful at best and quite arrogant in spite of it. So yeah . . . go Italy! Oh wait . . shit, they didn’t qualify either?

4. No appearances by the Patriots, Cavs or Warriors.

5. Futbol stadiums feel bigger- Not sure why, since essentially they hold as many fans as American football. Maybe it’s the diversity of the chants . . maybe it’s the flags or the fan attire. And maybe it’s because a single World Cup game has more ramifications than the Super Bowl, World Series, Stanley Cup and NBA finals put together.

6. Soccer Announcers Rule- Tune in and you’ll see. They know their stuff, they give it to you straight and they don’t have inane nicknames for every player. Unlike too many announcers here at home, soccer voices report the actual game. How novel . . .

7. Brazil is in it- They are the kings of the sport, and it’s always better when the best team- at least historically- makes the scene. Add to this the fact that those Brazilian chicas in the stands are pleasant to the eyes.

11. Every score and every scoring opportunity matters- Which is why number 10 is such a great selling point. Because after watching the Cavs and Dubs hoist hundreds of three point shots, it’s nice to settle in with a game where one goal is bigger than all those three pointers.

13. Forget fan bases, three countries have caught World Cup fever- Peru and Egypt are making their first World Cup appearances in a long time while Panama is taking the stage for the first time ever. Those three countries alone will have more than one hundred and twenty five million fans tuning in. Which is why soccer is the world’s game.

In honor of the 2026 World Cup which will be hosted by Mexico, Canada and the United States, Quebec-ish resident Dale Rogerson of A Dalectable Life has decided to forego her two cents and add a loonie. Little does she know Imma pay her in American beer.

Another reason: Best actors EVER! An almost hit, a roll, a cry in agony, convulsions and here come the medics! Followed by a hop, skip and a jump, if not a swagger back to the game. Oh I know there are some real injuries that happen… you can tell it’s real because they barely move… 😉

14. Goalkeepers- The coolest position in all of sports also happens to be the most stressful. Think about it, one missed save or one made save could be the difference between being champ or chump. And yet, they have the most beautiful hair! It’s not fair . . .

16. The trophy is a work of art- I would argue the Stanley Cup wins most outstanding trophy ever made, but the World Cup trophy is no joke. It looks like a sculpture you’d find in an art museum. A piece created by some obscure nineteenth century artist who was blind and dying of syphilis. But hey . . it’s still a work of art!

17. It’s unique- The Olympics- summer and winter- alternate every two years. No sporting event makes us wait this long, and yet . . is always worth it. 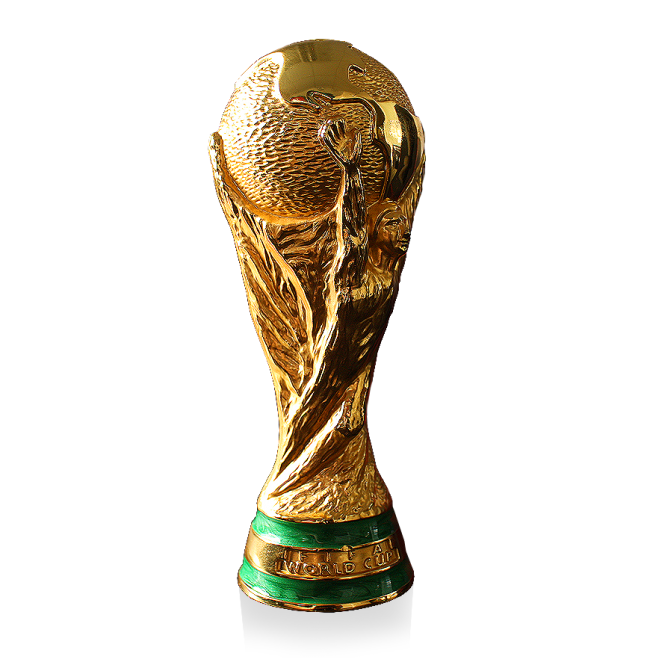 18. No fucking piece of shit expansion clubs- The way it should be!

Bonus Reason: When a soccer match ‘ends’ . . it really doesn’t end. I’m not speaking David Lynch here, it’s true. It’s called ‘Stoppage Time’ and it adds time to the clock at the end of regulation for the non-soccer related business that happens during the course of a game (Injuries, substitutions, playing with your balls). A handful of minutes are added to the clock to make up for that lost time. Which makes soccer the only sport that has a clock it can literally put on snooze.

Even us Americans can appreciate that kind of genius.

80 thoughts on “If Game of Thrones had a baby with the Super Bowl . . it’d be the World Cup”