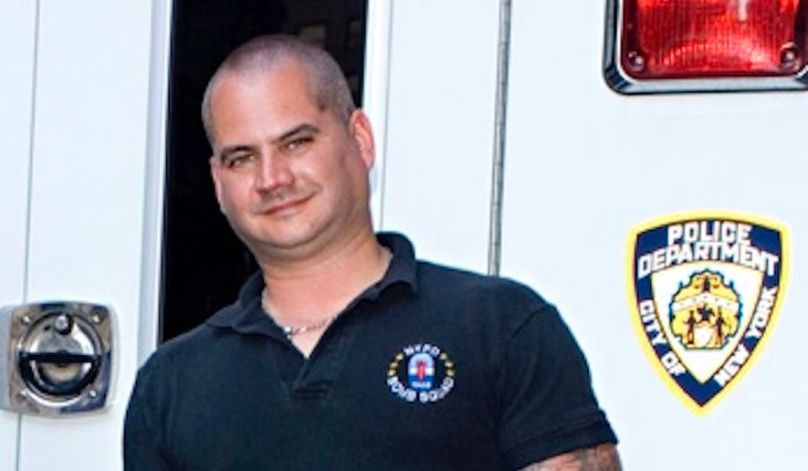 In this week’s episode, Imma go five strong in the old school style of business. Five stories that run the gamut, from zeroism (my word) to heroism. You’ll notice that I deviated from the typical superhero pic that usually accompanies the Friday edition of Heroes. I decided to go with a real life superhero, Luis Alvarez, who died last Saturday after a three year battle with cancer. The canyons were built for shoulders like his.

“I’ll take clueless about colonies for $1,000, Alex,”- I’ve been a consistent defender of Colin Kaepernick’s anthem protests because I’m democratic and such. But his holler over the colonial flag is more off key than Francis Scott after a night of making merry. Kaep took exception with the design of Nike’s Air Max 1 Quick Strike Fourth of July sneaker, which features the Betsy Ross flag design.

Nike, which has no problem making sneakers that cost hundreds of dollars and have gotten many a kid mugged or worse for sporting ’em, decided not to release the 4th of July special edition kicks. Because it was deemed “racially insensitive” by Kaep. It’s really getting to the point where history is being reworked to facilitate rather than to educate, and that endgame is a frightening proposition.

Tanks for nothing- El Presidente decided to take a page out of the Russian holiday playbook, switching out May with July . . of course. The Continental Congress signed the Declaration of Independence two hundred and forty three years ago, and not a single one of those signers asked for the top rung. They understood the shared responsibilities of a brave new world and were of the belief that no one man was more important than the freedoms and liberties enjoyed by all men. I mean . . they’d fought to get away from that.

And so this brand walk by .45 felt incongruous to what our founding fathers had in mind. The tanks and fighter jets display was inauthentic enough. But his speech in front of the Lincoln Memorial was abject showmanship on a day that is meant to commemorate the courage and sacrifice of every single man and woman who fought to gain, and preserve, our way of life.

They make soccer look gooood- The US women’s national team is in the World Cup finals for the third time in a row and will go for their second straight crown on Sunday against the Netherlands. They got there thanks to goals by Alex Morgan and Christen Press, and diamond cut goalkeeping by Alyssa Naeher in a 2-1 victory over England. In doing so, they overcame the absence of supernova midfielder Megan Rapinoe, who was sidelined with a strained hamstring.

As per usual, the ladies got some peeps all up in their feelings with their greatest show on turf. Their sexy forward, Alex Morgan, fancied a cup of imaginary tea to sip on after scoring a goal early on against England. Of course, pub goers across London took to social media with modern day red coats and bayonets after the display. And a few of the gals on England’s team got their knickers all in a knot over the shenanigans as well.

And they are magnificent.

Finding peace and purpose under the sea- What do you get when you combine veterans with PTSD and an ailing environment? Would you believe it if I told you magic? Because that’s what the organization Force Blue is working along an eighty mile stretch of Florida coastline.

The idea of recruiting former military members for scuba diving missions to preserve and rescue endangered coral reefs is the brainchild of Jim Ritterhoff and Rudy Reyes. The genesis of this venture came to be after the two friends went on a scuba diving trip in 2015. Reyes, who had been suffering from depression after serving as a Recon Marine, found the experience transformative.

And so now, the men are changing minds with each new ‘mission’ to save the coral reefs. Because all those cynics who are so adept at refuting scientists, are being told by their heroes that something needs to be done about the damage we’re doing to the environment.

A genius idea that profits the environment . . . what a novel concept. 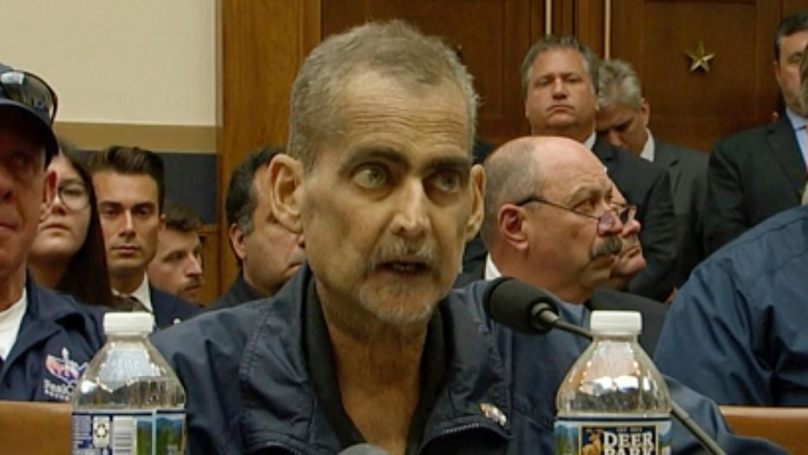 That is Luis Alvarez on the other side of sixty nine chemotherapy treatments. A ghostly remnant of the NYPD detective who possessed the physique of a linebacker and the heart of a lion. It can be said that Alvarez never did stop digging after those planes reduced the twin towers to rubble.

He lived fifty three mortal years but he lived thousands of lives in the last eighteen years; encompassing the friends he lost, the strangers he helped to recover and the fraternity he fought for until his dying breath. His was not merely the life of a public servant but a living testament to what service means. He lived through hell on September 11th, and then he kept stepping foot back inside of those nightmarish hours; day after day, month after month. Until they all found home.

In a perfect world, Alvarez would have made a great old man. But there’s nothing perfect about a place where people sacrifice everything and still have to fight for compensation on the other side. Unlike those members of Congress who didn’t show up to listen to him speak last month, Alvarez showed up. Every day. Until his body couldn’t do it any longer, until his spirit’s passing left the world a little bit colder.