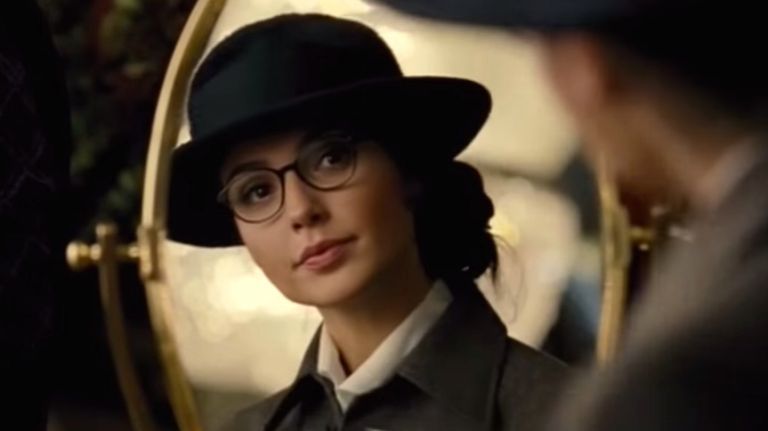 With a new year comes a new meme. We are already three days into a new decade, so trash that crash diet, ditch the money pit matchmaking sites and make sustainable resolutions that actually pay you back instead. A top five list from yours truly? Sure why not . . .

That’s how you resolution, kids. And now your heroes . . .

The Palm Beach County Sheriff’s deputies who made Christmas possible for a little boy and his mother when they learned the two have been going through some hard times. The deputies showed up with lights flashing. They gifted mother and son a Christmas tree, shoes, clothes, toys and some gift cards. They were delivered straight from the North Pole, of course. Straight from the heart? Absolutely.

US Army veteran Jamie Willis has been raising cane since 2016 when he started Canes For Veterans Central Texas. The dude served eight years before becoming permanently disabled and unable to work. The cane Veterans Affairs gave him wasn’t doing the job, so he reached out to the Florida organization Free Canes For Veterans. The founder- Oscar Morris- told Willis they had run out of canes, but he taught him how to make his own. An idea was born.

“I do this so I don’t sit home all day feeling sorry for myself,” Willis says. “This is all out of kindness. I do everything out of pocket and from donations.”

Willis recycles donated Christmas trees, and so far he’s delivered more than two hundred canes to veterans around the world. Home Depot donated more than four hundred trees to his effort, with another hundred coming from the community at large. It really is the gift that keeps on giving.

Needless to say, incarceration isn’t exactly a resume builder. So what to do if you’re a former felon who wants a job and a normal life but can’t find it? Greg Boyle– a Jesuit priest out of Los Angeles, set out to provide an answer to that question. In 1988, with the help of his parish as well as community members, Boyle started Jobs For A Future. The hope was to provide a bridge to a better life for young people who had gotten caught up in the gang culture that dominated the landscape.

Thirty years later, Homeboy Industries is a global force; hailed as the most successful gang rehabilitation and re-entry program in the world. It provides help for more than ten thousand men and women looking to pick up the pieces and start anew. Jacques Deval once wrote of how man’s love of birds led him to build cages. Whereas God’s love of birds led to the invention of trees. (Thank you to Frank for this story).

The restaurant biz is crazy enough without being left to run the place yourself. Especially if your gig is at Waffle House . . at some time past midnight . . with a restaurant full of hungry patrons looking to get their waffle on. Which is what happened recently to a kid we’ll call Ben- because that’s his name.

Thanks to a scheduling gaffe, Ben was left to run the place all by his lonesome. Now, I don’t know about you but if you ask me to make a waffle, Imma be preoccupied with doing that and only that. Which doesn’t include waiting tables, making coffee or running register. So the kid was in a panic, and can you blame him?

And then a customer grabbed an apron and began helping with orders. And then another customer began making coffee and waiting tables. And before you know it, the place was fully staffed. A crisis was averted and Ben was gifted a moment he’ll not soon forget. The moral of the story is that when your patience is wearing thin, make waffles. (Thank you to the lovely Q for this story).

Pixie Adams believes in healthy competition; the kind to which you bust it every day in a race to win the day. But ‘healthy’ means mindful . . as per the context of real life issues that transcend bottom lines. Adams runs the Moonlight Coffee Cafe in Oak Grove Portland, and when she learned the plight of one of her competitors, she went to work. For them.

Dave McAdams runs The Local Coffee Company with his wife Tina. At least until he was diagnosed with cancer for the third time. It’s inoperable and it’s terminal and now he will be put into hospice to live out the remainder of his days. So Pixie donned an apron and kept the place going while Tina tends to her husband, because she didn’t want her to lose the business.

“It’s supposed to be friendship over business, community over competition,” Pixie Adams says. “I am here supporting them, trying to generate attention for their business to help make sure that after Dave is gone, they still have the ability to keep the coffee place open.”

For some people, winning doesn’t preclude humanity. It welcomes it.