So another football season is in the rear view and now we’re left to contemplate whether the Cleveland Browns should maybe try another line of work. And if you’re gonna ask me for a top five takeaways from NFL ’19, you know Imma provide . . .

1- Antonio Brown played exactly one game while grabbing more headlines than a newspaper delivery person.
2- The league uses more cameras than the British press and yet they still can’t get calls right.
3- Contrary to the popular belief that the game was going the way of flag football, defense still matters.
4- The New Orleans Saints must have done some really bad shit in their previous lives.
5- The Miami Dolphins were the most fascinating 5-11 team in NFL history. (I had to).

The New England Invitational has been put on ice as Tom Brady and Giselle shop for homes in more temperate climates and Bill Belichick contemplates yoga. We won’t be bogged down with Fill in the blank-Gates, avocado ice cream recipes or Live PD feeds of owner Robert Kraft walking out of massage parlors. This year, we get actual football!

And we get an historic match-up with the Chiefs making it back to the big game for the first time since Nixon was shopping for tape recorders; while the 49ers are looking to score their sixth Lombardi trophy and their first since Clinton was shopping for cigars. So of course, I had to pull one of my all time favorite NFL photographs: Chiefs legend Len Dawson tugging on a smoke in the locker room. That, is some old school shit right there. 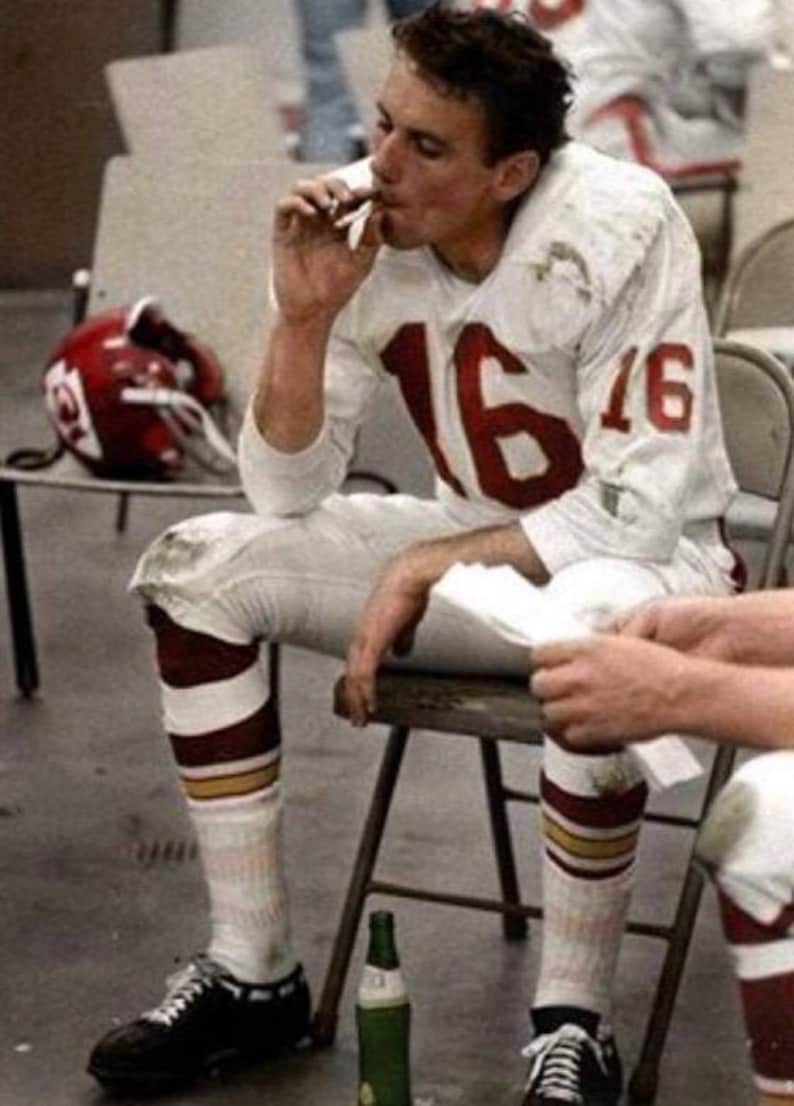 Speaking of old school, San Francisco is bringing some of that flavor with a defense that Cersei Lannister could’ve used. Kansas City will bring its master gunslinger and a posse that could have been peeled right off the pages of the old AFL, with an ability to score from the locker room. 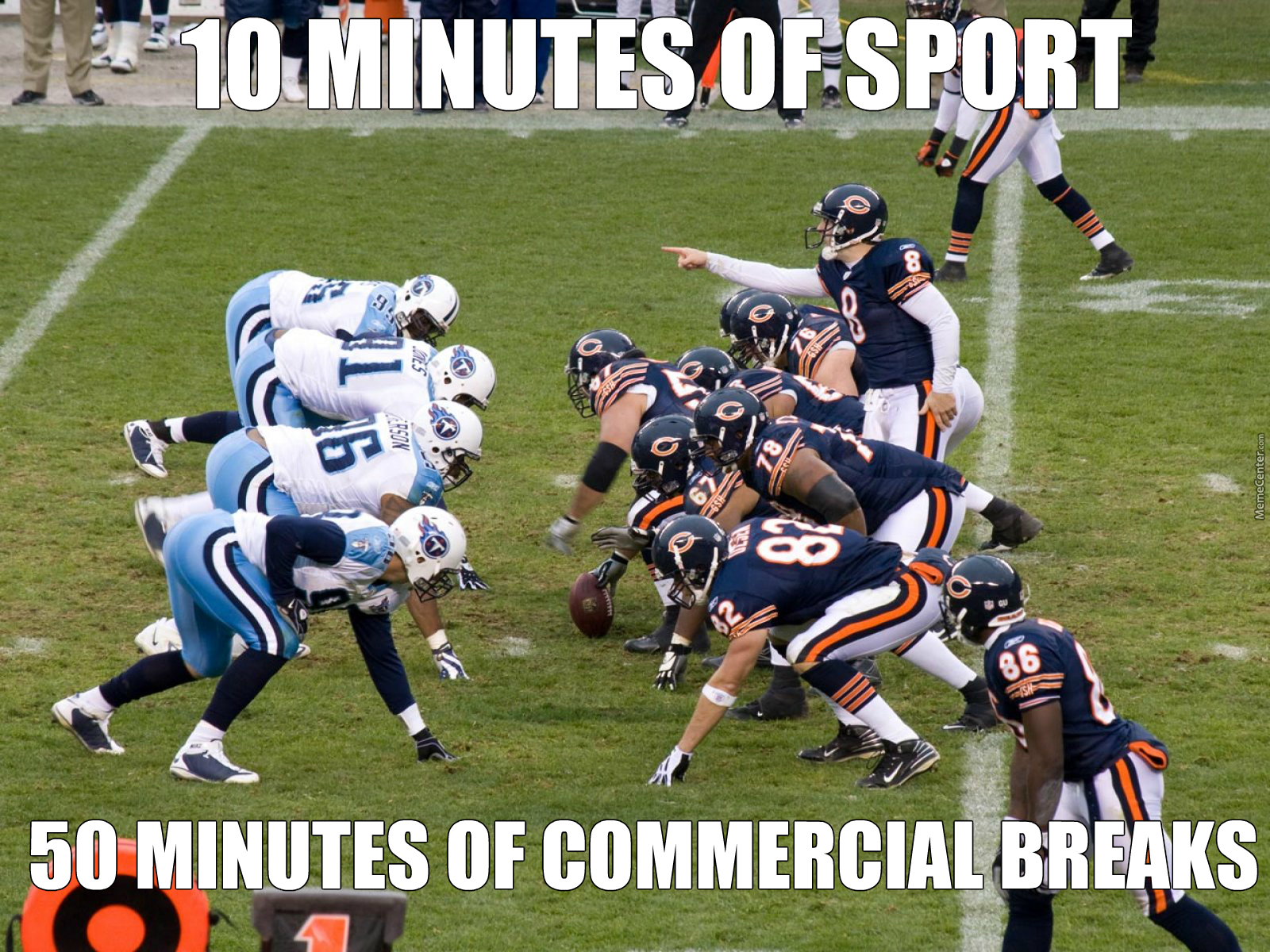 -The most expensive price for a ticket to the first Super Bowl was $12. Which is about what you’ll pay for a beer at this year’s game in Miami.

-The game was originally called the AFL-NFL Championship Game. Chiefs owner Lamar Hunt coined the term Super Bowl after the Super Ball his daughter played with.

-Commissioner Pete Rozelle sketched the design for the Lombardi trophy on the back of a cocktail napkin.

-17 million Americans will call in sick next Monday.

-The Patriots have appeared the most times. The Lions/Texans/Browns/Jaguars have never appeared. And the Miami Dolphins are the only team in NFL history to complete a perfect season with a Super Bowl win. (Yep . . had to).

Of course, the game will be the thing for the small fraction of the population that doesn’t tune in simply to get drunk, bet the spread or watch commercials. So Imma dish up my prediction on how the LIV Bowl will play out. This is for entertainment purposes only, because if you place a wager based on what I write? Seek help . . imeejiately.

The league agrees to cancel the first half so they can fit in all of their musical commitments. With the extra time, the teams decide to take in a Miami Heat game. At halftime, Patrick Mahomes takes part in a contest in which he can win $1,000 dollars for each shot he makes from half-court. Twenty minutes later, the Heat hold a press conference in which they introduce the Chiefs quarterback as their new owner.

When the game finally begins, Mahomes is unable to lift his arm thanks to all that balling. As a result, the 49ers sack him twelve times on one play even though the league maximum is one sack per play. A replay review proves inconclusive so the league dials up Bill Belichick who delivers video evidence that proves San Fran should be credited with twelve sacks. After three quarters of play, the Niners lead the Chiefs 4-0 thanks to two safeties and a Travis Kelce touchdown that is overturned on account of the fact that coach Andy Reid threw the pass. It’s the most bizarre turn of events since this happened.

When San Francisco’s Robbie Gould misses a fifteen yard field goal that would have put his team up by seven with nineteen seconds to go, the team trades him back to Chicago. After a delay of game penalty pushes the Chiefs all the way back to their own one yard line with three seconds left, Twitter blows up with #fortyninereasons, CNN’s Wolf Blitzer calls it for the 49ers and NPR reports on rumors of an important game being played in South Florida.

Mahomes steps back to pass as a wave of burgundy and gold converge on him, sending him back through the tunnel and all the way to the parking lot. While simultaneously signing autographs for fans, paying the $150 parking lot fee and evading the 49ers monstrous pass rush, Mahomes flings a pass back into the stadium. The ball travels three hundred and sixteen yards and lands in the arms of Chiefs wide receiver Sammy Watkins in the end zone for the winning touchdown as time expires. The Chiefs donate the extra point to the New York Stock Exchange.

The Vatican heralds the Chiefs three hundred and sixteen yard TD winner as proof of God’s existence. Trump tweets a pic of himself clapping with hands that appear to have been photo-shopped. Ricky Gervais blames the foreign press.

After the game Las Vegas installs the Chiefs as the prohibitive favorites to win the 2021 Super Bowl, as well as the next five Super Bowls after that. Joe Montana announces that he is coming out of retirement to become the Miami Dolphins new starting quarterback (Of course I had to!)