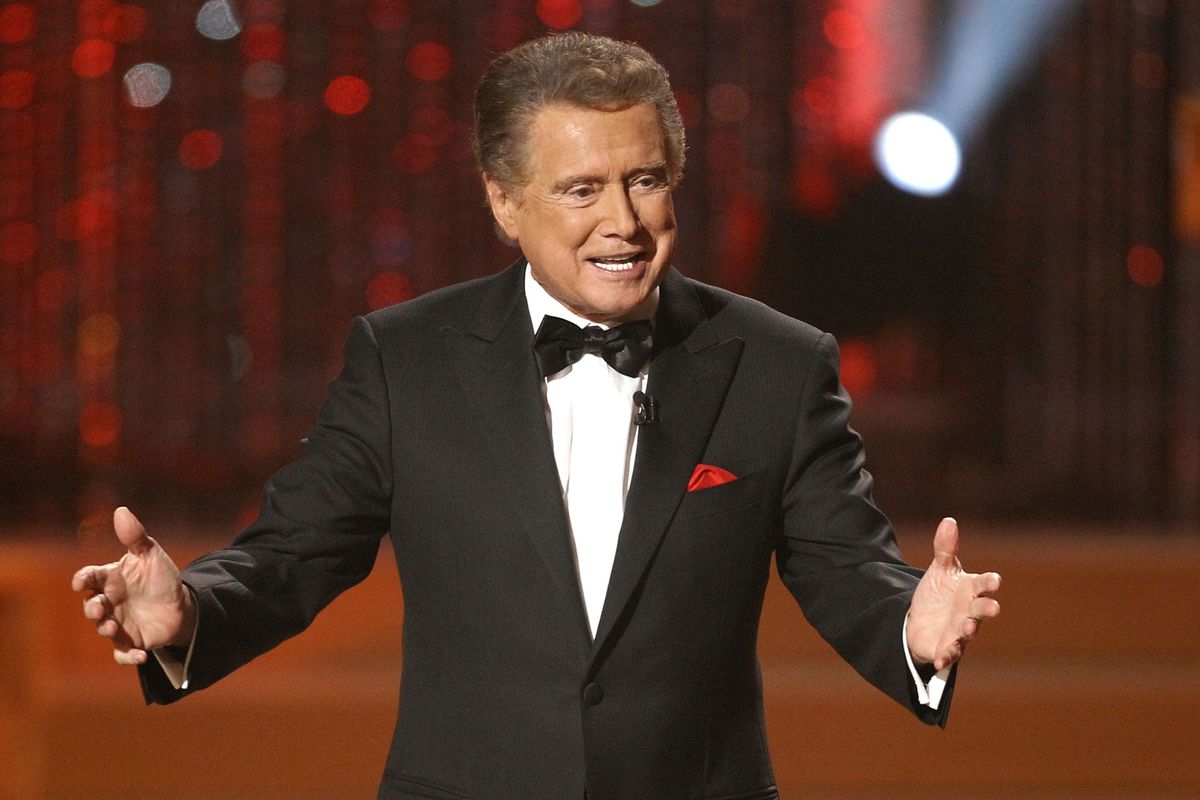 As if this year hasn’t proven hard enough on our collective psyche, now the angels steal Regis Philbin from us. And yes, he lived a long, good life and he leaves behind a legacy that would be the envy of the most heralded of Popes. But still, his passing makes for one less thing that’s good with the world.

Regis was one big deal, a Bronx born kid who made good on the biggest stage after breaking into show business as a page on the Johnny Carson show. But his story speaks to the value in holding onto your dreams. Because his road to stardom sure as hell wasn’t paved in gold, and the signs, at least early on, were telling him to get lost.

He moved into Steve Allen’s time slot with a talk show of his own in the early sixties, and tanked. And when it looked as if a national brand was not in the offing, he never stopped being Regis. In the seventies, he did a variety show in St Louis and he also hosted a morning talk show out of Los Angeles. In 1981 he hosted a variety show on NBC with Mary Hart that lasted all of four months. It would take four more years for him to catch some much deserved lightning in a bottle when he paired with Kathie Lee Gifford for a morning show, after which things would never be the same for Reeg.

Or for us either.

Thing about Regis, he never took the ebbs personally. He knew that nothing was given and he considered it a privilege to simply be in the game. So when he got busy making all sorts of history on the flip side of syndication for his show Live, he never considered himself a big deal. Even though he was. In an industry where he won awards and produced big ratings, to setting a Guinness world record for most hours on camera in 2004 to hosting Who Wants to Be a Millionaire– helping to usher in a new age of game shows in the process.

To his lasting credit, the guy never changed. And it’s what we came to love about him most of all. Let’s face it, when you can make Kelly Ripa bearable, you’re doing something right. Regis did that, he made friends . . with everyone. From Presidents to soccer moms, from rappers to writers to Howard Stern. He made everyone believe the world was a better place. And as a fan of the Miami Hurricanes, I couldn’t even hold it against Regis for waving the flag of the Fighting Irish. Yeah, he was that good.

So now the mystic gets him, and I bet he showed up in one of those fantastic suits of his, sporting that signature smile. I sure hope that St Peter gives his people a couple weeks paid vacation for landing Regis.

58 thoughts on “The Sky Just Got Another Star”