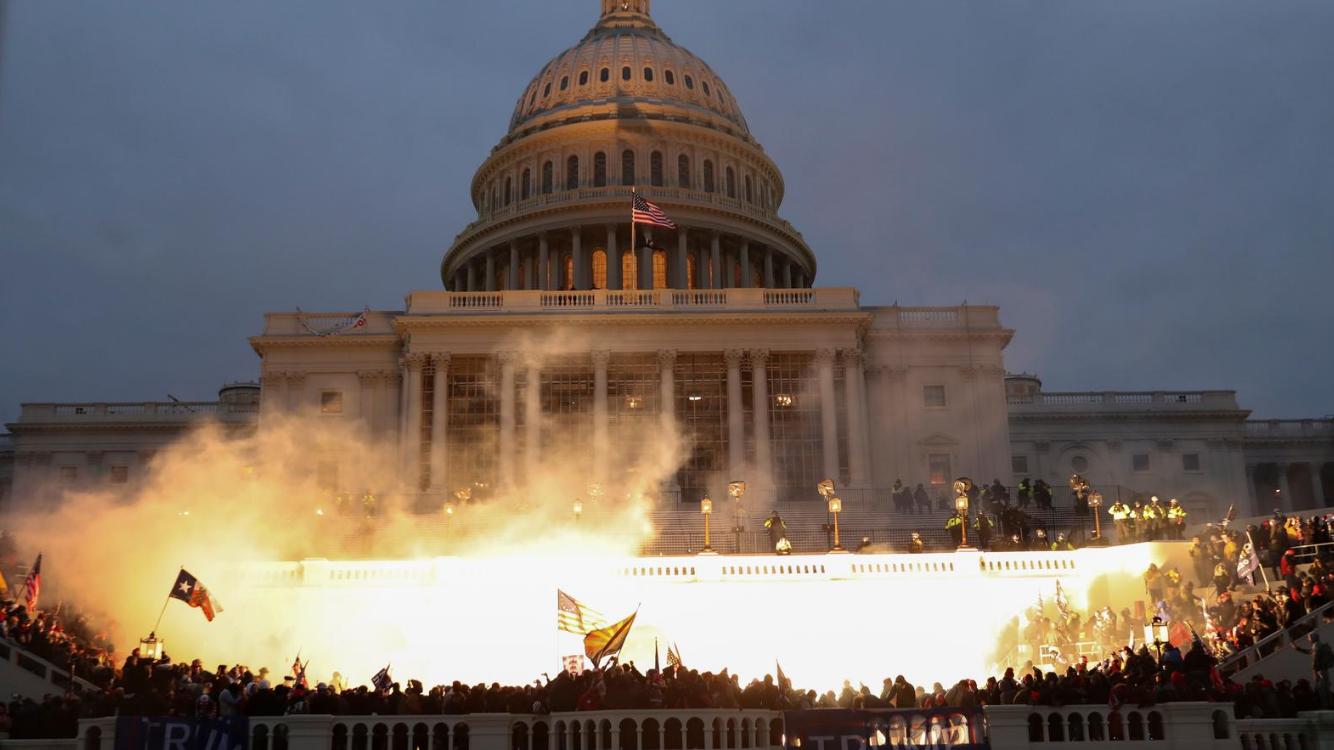 I guess the worst thing about a day full of worse case scenarios is that I saw it coming.

Yesterday was supposed to be the first Heroes episode of the new year. But for an early January day that became further proof that the ides of 2020 aren’t going to be that easy to shake. More to the truth, it’s the echoes of 2016 that promise to transcend a calendar year. And as much as we would like to think that Wednesday was an isolated incident, we know better because we’ve already seen some of the worst.

So it goes with the Make America Great Again Brigade, whose purpose is to transport us back to a simpler time. Back when the -isms were an integral part of society’s fabric. They want us to believe it’s not like that but their actions say otherwise. And yeah, you can start with all those confederate flags that were being waved and draped all over our nation’s Capitol building the other day. Unless you believe it was just a matter of imbedded marketing for the History Channel.

This great divide in our country didn’t happen overnight. It’s been festering for decades on end, but it was in need of a highly reactive charge to light the fire. They got their wish when Trump began speaking the language of a time and place that resonated with people who felt disenfranchised. And their feckless leader was only too happy to feed that beast.

It began with “Build the Wall”; ripped from the pages of a cold war logic whose tenets were built on quicksand and atrophy. This misbegotten campaign promise foretold the tyrannical game plan of a man who made it his business to retrofit patriotism into hateful propaganda. If nothing else, Trump has proved expert in the branding of -isms, and he used the office to do his bidding.

This President was never intent on being granted last rites, not while he still had a pulpit to bully from. And so he affixed his decisive loss to Joe Biden in November with yet another cartoonish conspiracy: Stop the Steal. It was classic Trump, boorish and divisive and entirely without merit. His Nixonian tactics might have been comical, if not for the tens of millions of apologists who behaved like moths to his flame.

Now we’ll get a flood of apologies from his former comrades who are experiencing buyer’s remorse a little too late. Their words ring hollow, more a matter of political survival than genuine concern for the safety and well being of its citizenry. And therein lies the meticulously insidious rub to our fledgling union. On the one side we have cretins like Josh Hawley and Ted Cruz, whose mission, it seems, is to bastardize the Constitution. And on the other hand we’ll have a bloodthirsty media positioning themselves for Trump’s Waterloo with pulpy narratives, many of which will read more like fetish than fact.

The residue of the last four years did not conclude on Wednesday, it only made its reckoning tangible. We are facing a divide whose meanest days are ahead of us. But don’t take my word for it. Look at the lack of police presence as a mob of white people stormed a federal building and you can draw your own conclusions. It’s simply further proof that Trump fans travel well; from the Great Smoky Mountains to the halls of Congress to the world of finance, the military and law enforcement. The asymmetrical value of this mad circus must not be taken lightly.

Trump gained traction by convincing the haves they were the have nots. He took certain truths about the media and the liberal left and he transformed them into caricatures who posed a national security threat. But in the end, he was always the biggest threat.

On Wednesday, he proved it.

72 thoughts on “The Great Divide”