Hmmm… Somehow my good heart allowed me to be drafted for this week’s Heroes post.  Not that I mind, of course. How could I say ‘no’ to such a sweet request?  Now I know I cannot even pretend to come within the margins of Marc’s prowess with the written word but I shall strive to do my best by being myself, which shall have to do.  And I know you are all so sweet, you’ll accept me with open arms!

Without further ado, shall we?

Hurricane Ida landed in Louisiana on Sunday.  You can only brace so much for such an event.  When you are part of a special task force, you are proactive. Craig Mignogno is one of forty members from the Ohio Task Force 1 who not only showed up to help with anything they could (flooding assistance, evacuation, wide-area searches), they drove down from Friday to Saturday, arriving before the storm.

“We have over 600 volunteers that are either on the ground right now working in the evacuation shelters or we have people positioned outskirts of the damage area,” Marita Salkowski with Ohio Red Cross said.

I have just realised that the video I added done “distappeared”!  So, here is the link to the story in which you can see said video!

But Ida wasn’t done.  She moved her way north and caused, at the time of my writing this, 45 deaths so far in New York, New Jersey, Pennsylvania, Maryland and Connecticut.  To say the east coast was stunned, is to put it mildly.  Tornados (six!) and rainfall as has never been seen, caused flooding in places you can’t even imagine.  What happens then?  As I just read:  “There are a multitude of nicknames for those who step up at hard times to help their fellow citizens. Most of the time, “New Yorker” suffices.”  From bus drivers, to the FDNY to the NYPD to special ops, the stories jumped out.  A great article can be read right here. 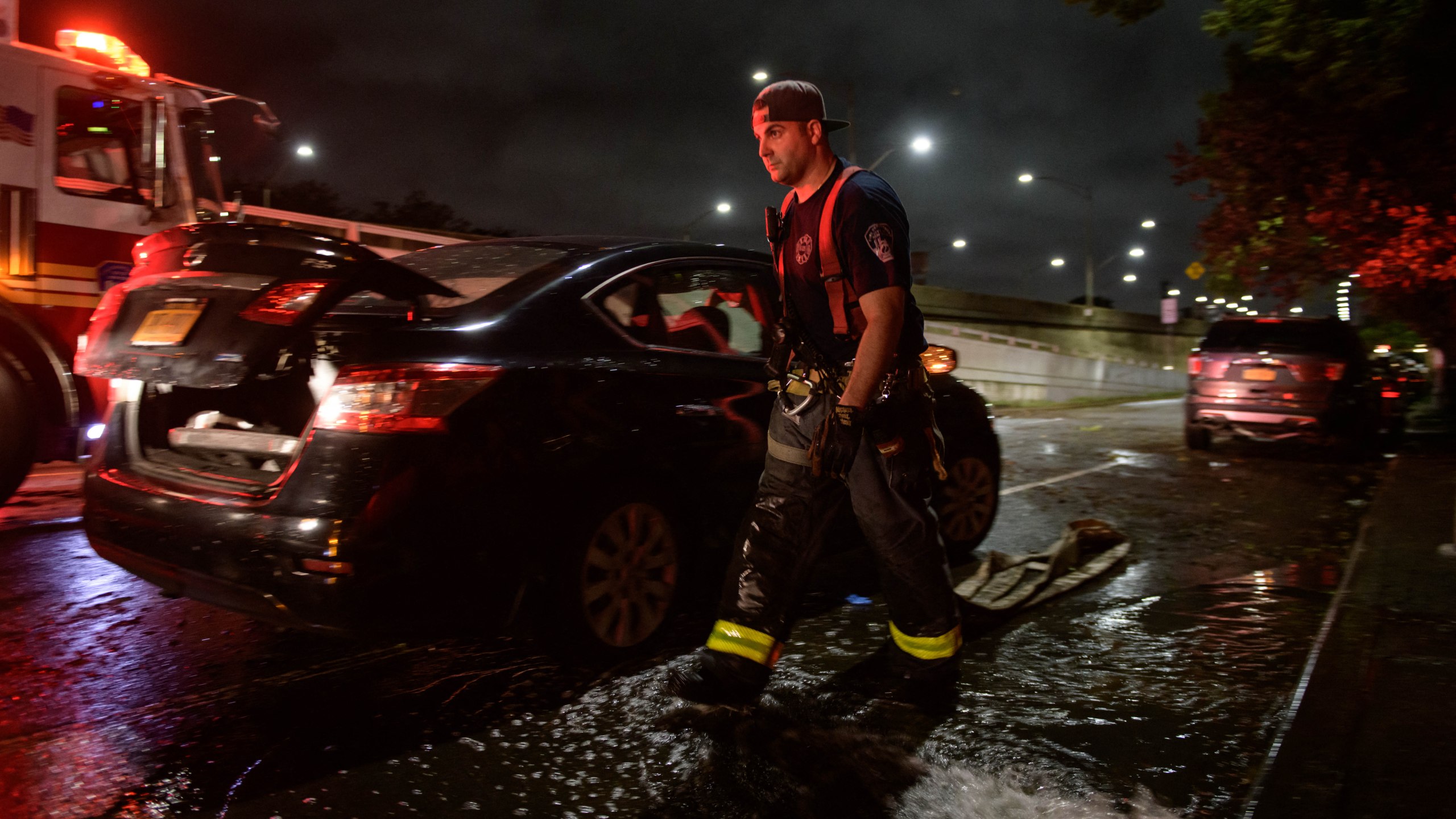 I won’t go in too deeply concerning the evacuation from Afghanistan.  So many were killed needlessly including 13 service women and men.  You can read a tribute for each of the ones killed here.  I feel all of them were heroes.  The “martyrdom attack” was a heartless one.  Out of respect, I list them:

How many times have those of us who are parents told our kids to turn off the TV and go outside and play?  What if the show they loved to watch inspired them to be heroes?  This is the case with 14-year-old Lily Swanson, of Leyland, Lancashire.  She is obsessed with 9-1-1.  This came in particularly handy when, while walking her dog Isobel, she detected a strong burning smell.  Upon investigation, she noticed the black smoke billowing out of an apartment building.  She ran home and woke her dad, Mike, and called 999 (the British version of 9-1-1).  Mike grabbed his ladders and together they ran back to the burning building just as a window blew out.  They leaned the ladders against the building near another window and people started evacuating, just as the fire brigade showed up.

“We did everything we could do and thankfully everyone got out safely, which is the best that could have happened.” How humble is she? 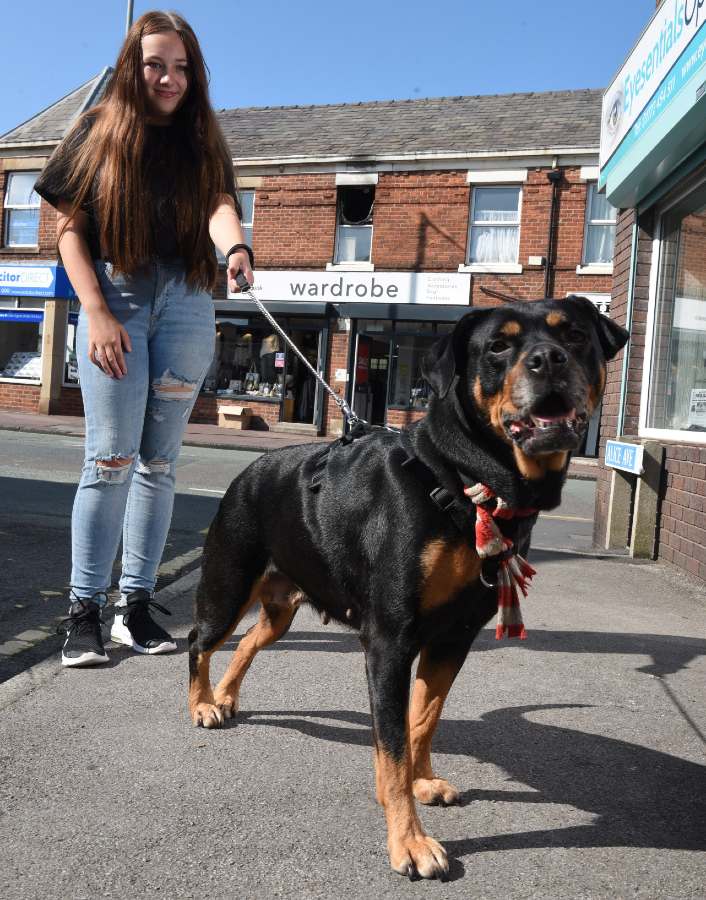 Now… it’s not in my habit to get political but today’s ruling forces me to give a big, fat zero to the American Supreme Court who voted 5-4 NOT to block a new Texas law banning most abortions once medical professionals can detect cardiac activity, usually around six weeks and before many women know they’re pregnant. Oh, and you or I can denounce anyone who dares try.  We can all become bounty hunters. Pays pretty well, too. $10,000. Too bad if you were raped. Too bad if you have irregular periods. And, as for the guy who got you pregnant? Crickets… In 2019, Oklahama mom (of 11! including 9 girls) and Harvard graduate Allyson Reneau bonded with an Afghan all-girl high school robotics team known as “the Afghan Dreamers”, at a Washington D.C.-based Humans to Mars summit. These girls, legit geniuses, invented an inexpensive new ventilator model that would be used to help the thousands of Covid-19 patients in their homeland.  Fast-forward to the Taliban takeover.  Reneau found herself worried about their safety.  Frustrated by the lack of cooperation from her own government, Reneau made her way to Qatar and with the help of  the Dreamers’ Digital Citizens Fund and Qatar’s Ministry of Foreign Affairs managed to get the process going.  So far ten of them have left Kabul, the remaining, still stuck in Kabul though efforts have not let up (as of August 25th).  Allyson Reneau considers these girls her adopted daughters (what’s ten more when you already have eleven?) and they, for the first time in their lives, feel they have a choice for their own future. 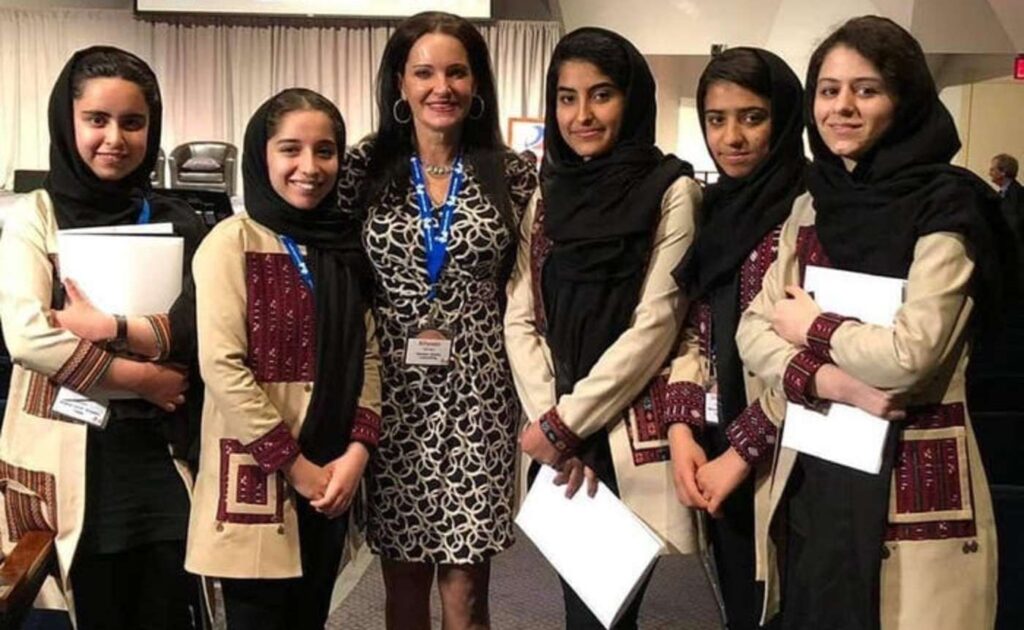 What mom doesn’t want that for her kids?  To see them be all they can be without fear…

49 thoughts on “Heroes of the Week! Well… Mostly”