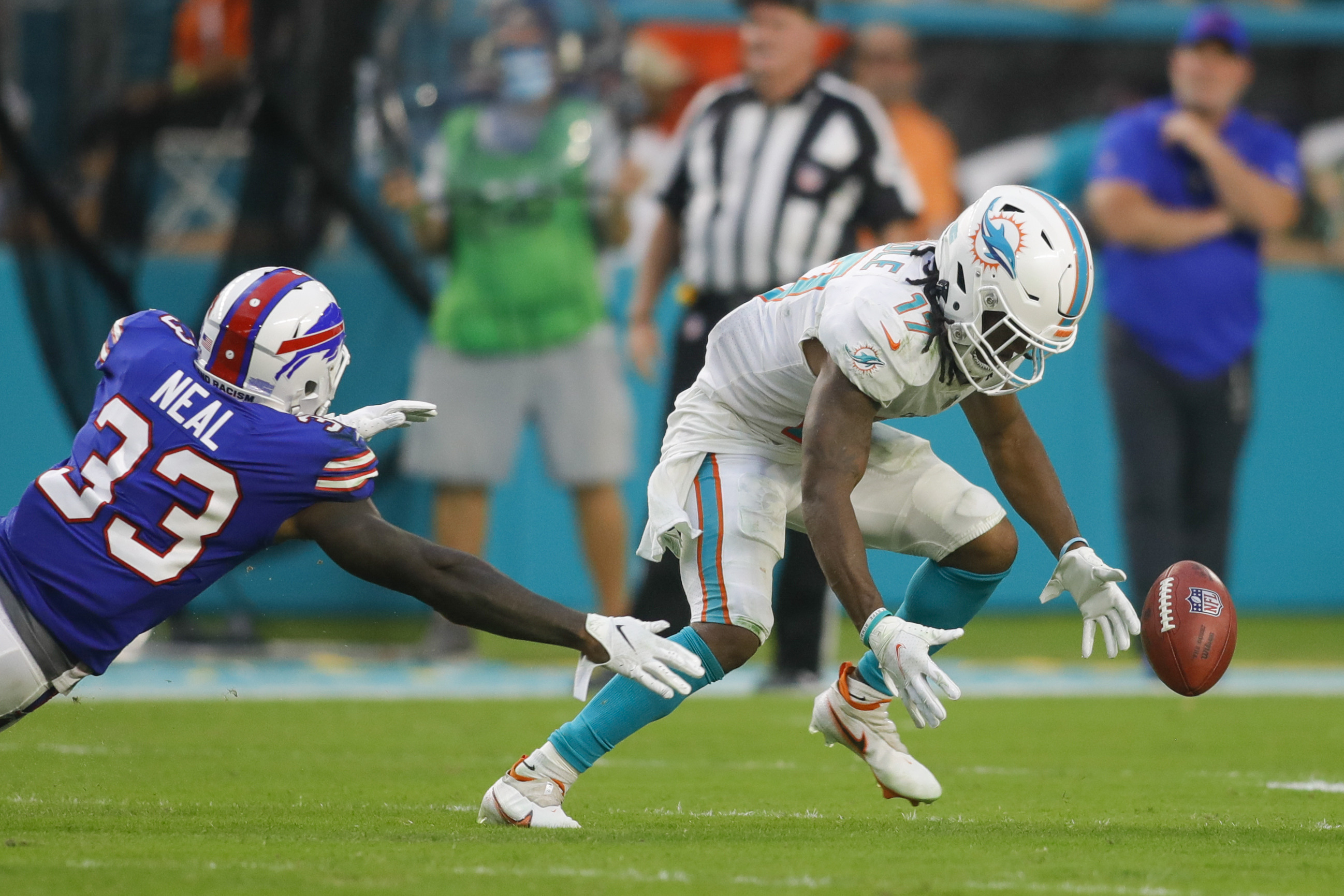 They say that breaking up is hard to do.

Check that . . Neil Sedaka sang that song, because it had a catchy tune and nobody really cared to verify the authenticity of his claim. And while I’m not going to call old Neil a liar, he really was. No one called him out at the time because the song went to #1, but it was a lie. Breaking up is easy. Staying broken up? Not so much.

Take the Miami Dolphins. Please. I’ve broken up with this team more times than I care to admit (Twenty-eight), from the Reagan administration to present day. As with any relationship, I’ve experienced my share of ups and downs. Problem is, I can count the ups on one hand. Don’t believe me? N’kay . . .

That’s all I got for ups. And do you happen to notice a grotesquely asymmetrical pattern in the two events I listed? In the span of three short years, Miami owned the best defense and then the best offense. Just not at the same time. And when they flipped, they flopped. A solid offense would’ve won them Super Bowl 17 and conversely, a solid defense would’ve at the very least given Joe Montana’s boys a game. But it didn’t happen that way because with the Dolphins, it never does.

When it comes to timing, the Dolphins and their fans are the sporting equivalent of Mia and Sebastian in La La Land. We want to believe in happy endings, but then the season starts. For Dolphins fans who go back even farther than me (All six of them) Miami’s championship bagel currently stands at forty-seven years (I included this season in order to save time).

The team formerly known as the Indians owns the longest drought in North American sports, but whereas their heartbreak reads like Longfellow, ours is more Mapplethorpe. The Lions never win, but at least they don’t pretend to actually . . yanno, want to. The Maple Leafs haven’t won since the Beatles were still together, but they can blame their Montreal neighbors for hoarding all those Cups. What’s worse, we don’t even have a curse to fall back on. Unless you think bad art and fans who leave early to beat the traffic counts.

The current iteration of professional (sic) football in Miami was going to be different, and I believed it completely. Okay, I believed it pretty much. Alright, I wrote a post about it . . so, there’s that. In the post, I imagined Miami making it all the way to the Super Bowl in New Orleans next season with third year quarterback Justin Herbert at the helm.

Problem is, Miami didn’t select Herbert in last year’s draft in spite of his height, his cannon arm and his big numbers. Nope, they went with the shorter, slighter and more injury prone Tua. So while Herbert is going all supernova for the first place Chargers, Tua has underperformed to this point in his young career and is currently on the (shocker!) injured list.

The Dolphins have made picking the wrong guy an art form. They chose Daunte Culpepper over Drew Brees in free agency and then watched as Culpepper crashed and burned before retiring while Brees went on to have a Hall of Fame career which included a Super Bowl win with the New Orleans Saints. They chose Jake Long over Matt Ryan, Ronnie Brown over Aaron Rodgers and most recently, Ryan Fitzpatrick over a guy named Tom Brady.

So at 1-4, I am once again breaking up with the Miami Dolphins. Call me a fair weather fan if you will, but I have better things to do with my time. Like stand in line at the grocery store and watch Season 2 of Mr. Mercedes. And I’ll also be rooting for the Georgia Bulldogs to win it all this year, but not too intimately, since I don’t want to transfer any of that Miami juju to those guys.

I’m getting out while the getting is gravy, since next week the Dolphins play the winless Jacksonville Jaguars. Who happen to be coached by Urban “Magic Lap” Meyer. I’ll be damned if I’m going to watch the Dolphins gift that fuckhead his first NFL win. I mean, getting our asses handed to us by the Bills and Bucs is one thing, but next week would be a bridge too far for yours truly. So I’m out.

Until next year. Of course. Because between now and then they’ll fire a bunch of coaches, hire a bunch of new coaches, draft a couple players with high ceilings and sign a couple of promising free agents. And then they’ll be like Hey baby! And I’ll be like No boo, you can’t keep doing this to me! But they’ll promise me that this time, things really are gonna be different and I’ll believe them. Again.