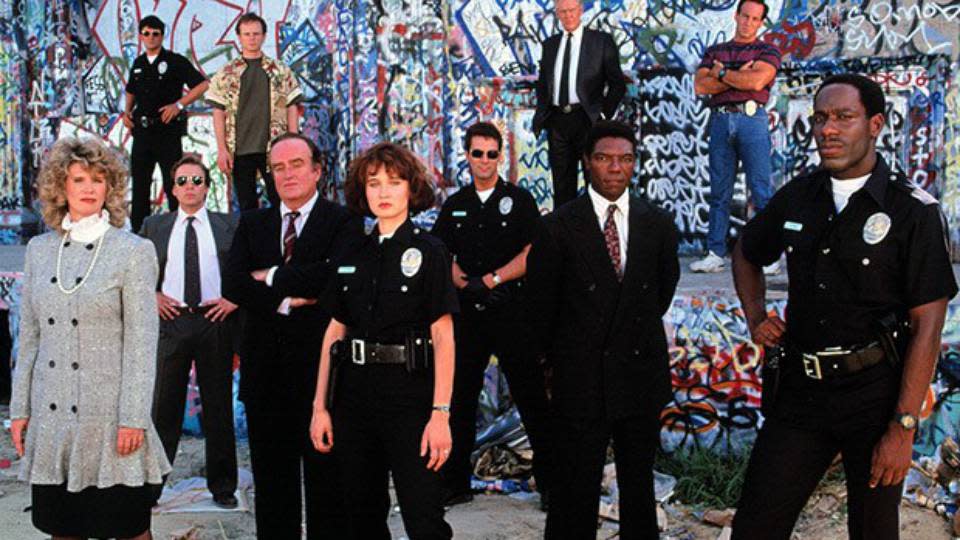 I’ll be posting the last Rundown of April early next week. For now, Imma preempt the regularly scheduled programming to bring you something completely stupid. I mean different.

As Newton Minow is my witness, my television habits weren’t always a lost cause. As a boy, I rather enjoyed the snarky resilience of James Garner in The Rockford Files. I crushed on the comedic genius of I Love Lucy. And then I chased that with Newhart, Moore, Franklin and Burnett. And I was socially conscious, even if I didn’t watch Good Times or The Jeffersons or All In The Family for any other reason than I loved those shows.

And then adolescence came calling and my sophisticated palette was replaced with a vagabond warrior of the airwaves whose mission it was to kill my brain cells without using illicit drugs. So while I would love to blame the insidious nature of streaming services for obsessing my compulsions, Imma fess to my own mess, considering my long and sordid history when it comes to the entertainment I consume. Want proof? I watched a couple episodes of Cop Rock back in the ’90’s. Or, a couple more episodes than the family of the show’s creator, Stephen Bochco, watched. Clearly, I put the boob in tube.

Since my therapist isn’t cool with me recording our sessions, I enlisted the Corleone family to dramatize the time I brought up my television viewing to her.

As far as shows are concerned, I don’t do medical dramas or family dramas or best friends for life dramas. You know why? Because personally, to do so would be masochistically redundant, that’s why.

You’re probably thinking my movie diet can’t possibly compete with that level of stupid. Actually? This is where things really get nuts.

If you make the regrettable decision to keep on reading, you have to promise me you won’t judge. Okay . .  who am I kidding? Of course you can judge me. Hell, I would be disappointed if you didn’t.

I could go on but instead I think I’ll heed the advice of that Polonius fellow I mentioned in the title to this post. The dude believed that brevity was the soul of wit. Which is one of my all time favorite Shakespeare quotes, even if Hamlet didn’t think so since he ended up killing the guy.

If only Shakespeare had been a screenwriter.

54 thoughts on “My Polonius Has A First Name”