I decided to make good on my threat to ching a mashup of annoying things with stuff that supplies disco to my senses. To borrow from those classic Reese’s Peanut Butter Cup commercials, I got some harsh in my mellow and I got some mellow in my harsh. It’s about time the twain should meet, so let’s dance!

Mellow– Playoff hockey. The coolest game in the world achieves Jules Winnfield status when the weather gets toasty, and this season was no different. The Colorado Avalanche knocked off the two-time defending champion Tampa Bay Lightning, denying the SEC another title. In the process, The Avs served notice that Joe Sakic is the new John Elway and his club ain’t done courting Lord Stanley just yet.

Harsh– People who subject everyone to their phone conversations. You hear them in the grocery store checkout line and you even hear them at the movies. These ass-hatted humperdincks think they’re sooooo scary interesting when the truth is, we’d rather eavesdrop on a Mormon marshmallow roast.

Mellow– Furry friends in pet strollers. It’s the cutest Godamn thing this side of Emilia Clarke wearing a baseball cap. Over the last couple weeks, I’ve made the acquaintance of a calico cat named Pancake and a Westie named Mr. Wigglesworth. I am all about that.

Harsh– Those infernal two-seater shopping carts. If only these consumption conveyances were used as God intended. But nope, they’re usually occupied by elementary school students who attend the Regan McNeil School of Performing Arts or college kids majoring in drinking games that were obviously created by Eli Roth.

Mellow– The New York Yankees in 2022. It’s been a Kinsella novella for my pinstripes to this point in the season. And while it would be easy to forecast cloudy skies ahead based on how the Astros outplayed them this weekend, Imma stick with the glass being half full. If the boys can somehow make it rain champagne in October, I’ll write ’em a love letter.

Harsh– The New York Yankees Announcers. Mel Allen must be crapping in his dead pants every time he listens to this bunch. John Sterling doesn’t call a game, he massacres it. And new addition Carlos Beltran fits right in when he offers up stuff like “Anthony Rizzo doesn’t like to strike out,”. How can a historic franchise suffer this kind of bush league broadcasting? 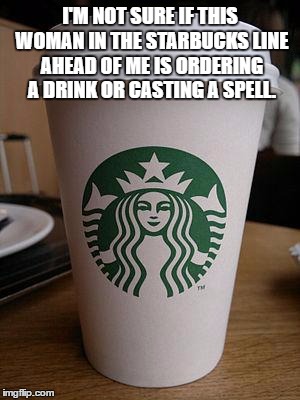 Harsh– Starbucks People. There’s nothing sophisticated or hip or irreverent about ordering a double caramel macchiato with 1/3 whole milk, 1/3 almond milk, 1/3 soy milk and a 1/3 hemp milk, a double pump of Madagascar vanilla syrup, a dead eye triple shot and a sprinkle of angel dust. You’re just projecting your neurosis onto a barista who doesn’t make nearly enough to deal with your shit.

Mellow– An ice cold beer when the temps get contentious. It’s Tchaikovsky for my taste buds. And sure, that ice cold beer isn’t going to change the weather. But it’s going to help me forget all about it, and isn’t that what counts most of all?

Harsh– Driving has gone Grand Theft Auto. I don’t know if it’s the post Covid Effect where peeps jolly their rogers by burning Stuntman Mike in effigy, but I ain’t down with it. If you wanna burst your bubble by playing bumper cars? Move to Florida.

Mellow– Horror flicks. Because they offer me a reason for living that the daily news cycle just ain’t supplying.

I would like to thank Jesus for providing me with the inspiration for this jaunt. That dude is the best straight cash homie mechanic/drug dealer ever. And as for a sequel to this nice meeting vice business goes?