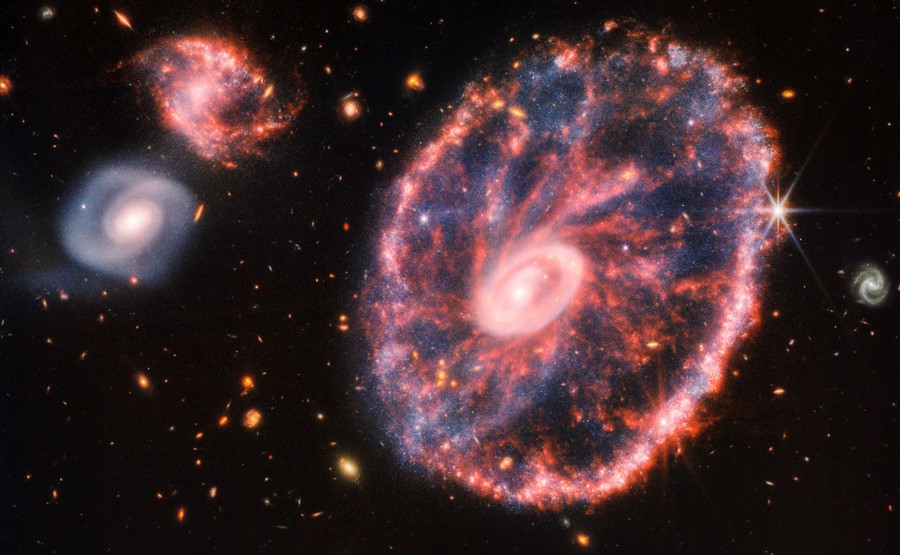 Gooooooooooood morning America . . . are you still out there?

It’s been another week in which our sublime inner selves got reduced in saucy front page headlines bordering (okay, totally exceeding) ridiculousness. The country, and really, the whole wide world, seems one big mess of a traveling circus; the likes of which would have had P.T. Barnum hauling our asses into court for infringing on his not so intellectual property.

Good thing we have more treats from the candy bag that is NASA’s James Webb Space Telescope. The above capture is from The Atlantic and it features something called the Cartwheel Galaxy. This masterpiece is a more finely complex spiral than anything Tom Brady can dream of cooking up. Alas, it lives more than 500 million light years from our front porch, which makes road tripping this magical place out of the question. But it’s okay, because it brings to mind Mark Twain’s crush on astronomy, in which he confessed he was a slave to its mysteries. He reveled in losing time to the primordial ocean above because it made him feel less confounded about the plight of humankind.

I do believe the stars speak the language of Twain. Bob Marley too.

In a scene reminiscent of a really shitty action movie on Amazon Prime, FBI officials executed a search warrant on the Trump compound in Mar-a-Lago this week. They were after records and classified materials the former president took with him when he skipped town last January. Trump wasn’t in attendance for the ten-hour search party, so his mindless minions gathered outside as if it was ten cent wing night at Applebee’s. Because nothing says patriotism like waving flags and wearing merch that was made in China whilst defending a guy who incited a riot in our nation’s capitol . . .

Next up . . . Trump declares he’s running for president of Nicaragua! 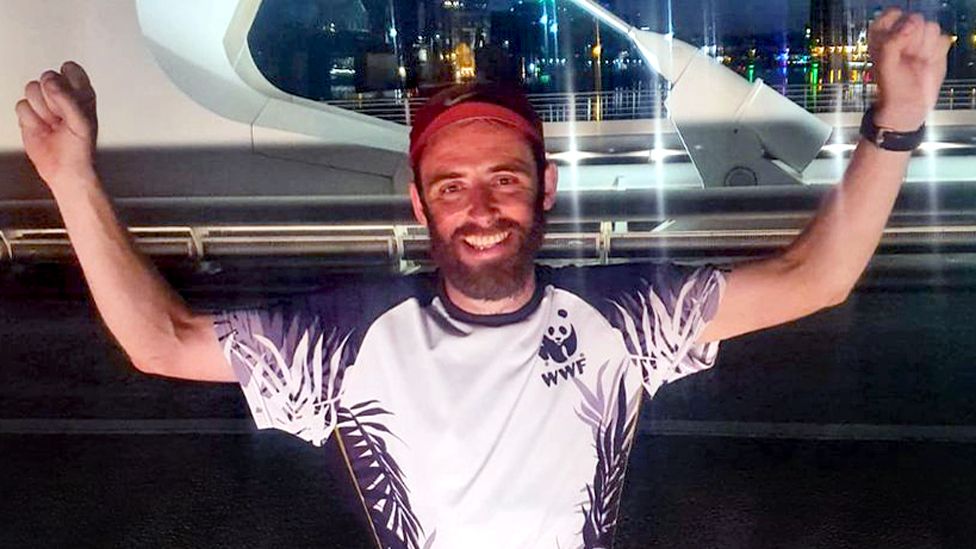 Robert Pope is actually running for something that will make a positive difference. Nuts, right? Yeah, the guy decided he was going to run the width of Ireland-which is a majestically arduous 134 mile trek if you’re talking sneakers. And okay, so plenty of guys have made similar promises in pubs across the land of Joyce and Wilde and Beckett. After which they returned to their healthy pints and forgot all about it.

Not this 44 year old ultramarathoner, who made good on his promise in . . . are you sitting down? Twenty three hours; from Galway to Dublin with the goal of raising money for the World Wildlife Fund putting the wind in his sails. He drank a pint of Guinness before starting and then bent elbows with the locals for another one at the finish line.

That’s my kind of guy.

Once upon a time not so long ago, Deshaun Watson insisted he had nothing to hide and that he would never settle with the more than two dozen massage therapists who filed suit alleging he treated them like sex workers. And then he settled with most of them. After which he talked as if he was the one being victimized.

Then retired judge Sue Robinson- who had been brought in by the league to recommend his discipline- decided on a six-game suspension. Which is a slap in the wrist to Watson and a slap in the face to all the women involved in this sordid tale. But hey, she was following precedence after all. Because the NFL has a history of treating bad guys with velvet gloves. And then along came a deviant asshole quarterback and a woebegone franchise that was willing to hand him a quarter of a billion guaranteed dollars anyway . . and now Goodell and his bosses find religion. They’re vowing to make Watson sit out a year and the players are vowing to sue if they try it. 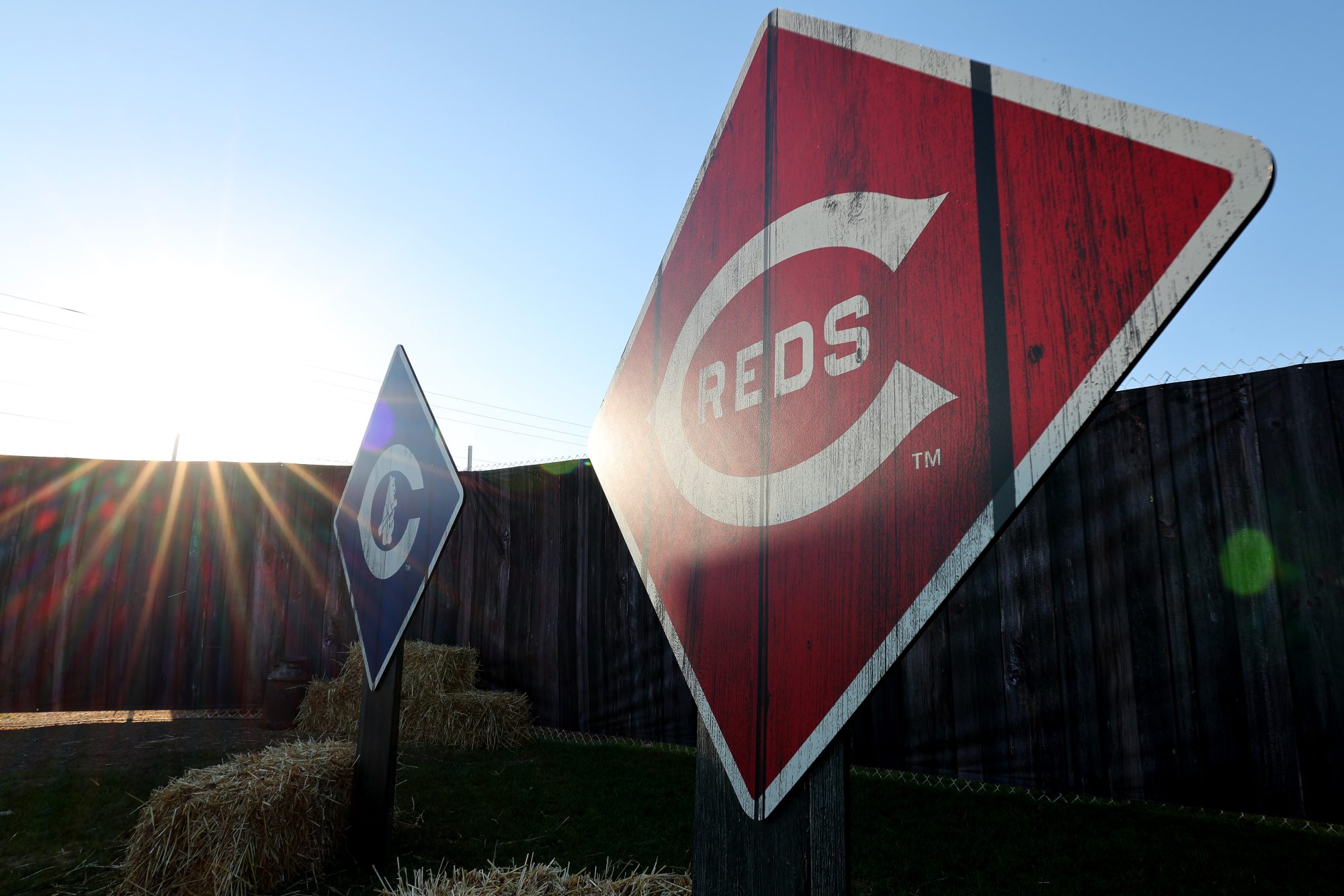 The Field of Dreams game is the best idea the MLB has pitched (Pun Alert!) to the fans in a long time. Interleague play was simply an excuse for teams to jack up prices, and the universal DH hasn’t changed a thing. Iowa is different. The games feel important; the kind of important that used to breathe through transistor radios in the spring and summer before culminating in an operatic fall classic that captured the imagination of a rapt nation.

And while I’m no fan of the million and one uniforms most teams peddle on their shop sites, I have to admit I really love the vintage threads. Chicago’s baseball teams probably wouldn’t mind turning the clock back a hundred years, judging by their perfect record in Costner’s backyard. Hopefully the game is back after next year’s hiatus, because I’d love to see a wrong done right before the first pitch with an announcement that proves just how magical that cornfield in Iowa really is.

Put Shoeless Joe in the Hall of Fame 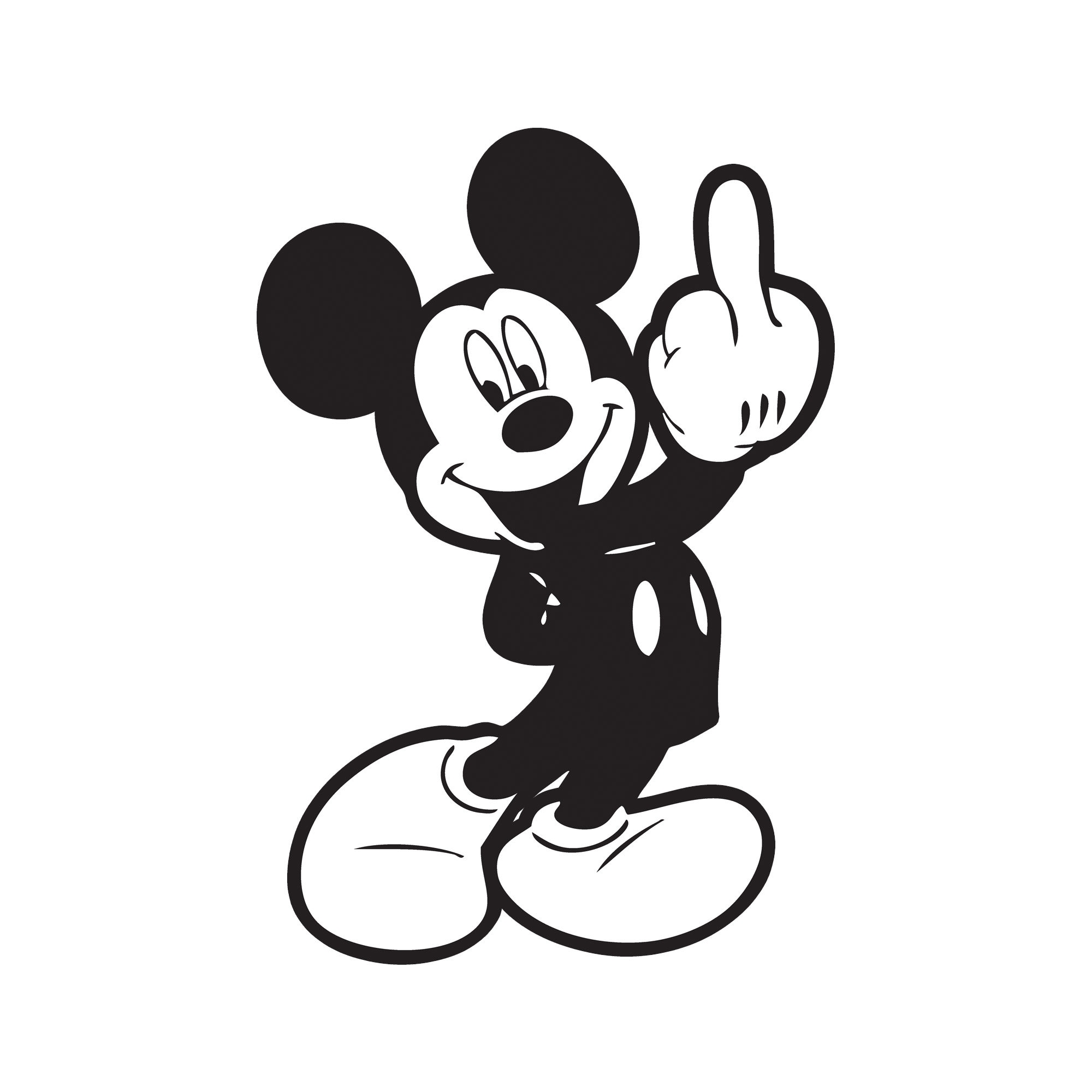 Disney+ has announced how it plans to celebrate now that it has surpassed rival Netflix, having clocked in with 221 million streaming customers. Mickey Mouse Inc. is going to be hiking prices come the end of the year (Just in time for Christmas!). The company cites production costs for the increase, and I believe it. But I also don’t care since I’m not a Disney fan. And I have to ask: Does this make me a communist? Or a person with common sense? Russia is to nuclear reactors what the Kardashian girls are to love and romance. So the news that Russian forces went in hot in their takeover of a nuclear power plant in southeastern Ukraine should give the world pause. Putin’s idea is to bully/frighten all of his naysayers into submission with thoughts of the ultimate dirty bomb in the offing. I think we’ve given this guy too much leash for too long a period of time. But hey, dealing with bullies on the playground is much easier than dealing with bullies who have a nuclear arsenal at their disposal.

I wonder what The Expendables are up to?

And Imma tuck this week’s episode to sleep with definitive proof of life on other planets.

These other planets do not require a million lifetimes worth of navigation to reach them. They exist on every block of every street of every neighborhood of every town we call home. The stories might require some diligent research on our part, but I assure you, the wonders they provide will make you appreciate the time expended.

When Kaiden Shelton of Pearland, Texas lost control of a pitch to Isaiah Jarvis of Tulsa, Oklahoma, the crowd in Waco, Texas went silent. After Jarvis was able to not only brush it off, but continue playing, you could almost hear the collective sigh of relief that rippled through the stands. Excepting for Kaiden Shelton, who remained stuck on that runaway fastball as he struggled to regain his composure on the mound. When Jarvis became aware of this, he called timeout before walking over to his rival to offer him a hug.

And it was right then and there that another planet was discovered, right here on earth. A planet that was fat with hope and humanity and compassion; elements that are vitally important when it comes to life and living. Elements that we tend to lose sight of, even if they never stop showing up. And for the infinite shine those stars provide us?

51 thoughts on “The Rundown”