Another week, another holler.

This week has me attempting to fuse some ELO blue sky to the Monk’s midnight indigo, which is what happens every time my brain returns from its Hoboken getaway. All the same, Imma be righteous in my rundown of the things that scratched my lottery winning itch, in an extra credit kind of way. Think amble with a James Brown chaser and you’re onto something.

The above capture is my Heroes of the Week! hat tip to a young man who was taken from us much too soon. Anthony Varvaro lived the kind of life Pete Hamill used to write into classic love letters about the human condition. The thirty-seven year old worked for the Port Authority of New York and New Jersey; this after having lived a major league dream across three cities and six seasons. He was a relief pitcher for the Mariners, Braves and Red Sox in his other life, a champion in the one that followed.

His arm carried him from St. John’s University to the Show, after which he cashed in his chips to make the kind of difference our better angels get fat on. Varvaro was killed in a car crash on his way to work at the September 11th memorial ceremony in Manhattan. As if the day hasn’t taken enough, it took one more.

His was a short lived gift to those of us who want the good stories to matter more than all the rest. Because while his book went short, his chapters prevailed upon us with passages that stick. We will remember how he devoted his life to the service of others. And how his dreams were of a better world for this generation and all the ones to follow. His method involved that most time tested blueprint for big dreams: One that requires rolled up sleeves, a humble heart and a soul with a full tank. And I like to imagine Varvaro is stretching his legs in the Milky Way right about now.

We were simply borrowing him.

Marco’s “Best Quote of the Week!” belongs to journeyman QB Geno Smith. The guy has called more places home than a long haul trucker. But he’s still one of only 1,696 men to earn an NFL paycheck, so he’s doing plenty right. And his quote after leading the Seattle Seahawks to a W on Monday Night Football is the kind of genius Oscar Wilde used to marry on the regular. I might have to put Geno on my fantasy league team for literary sake alone. 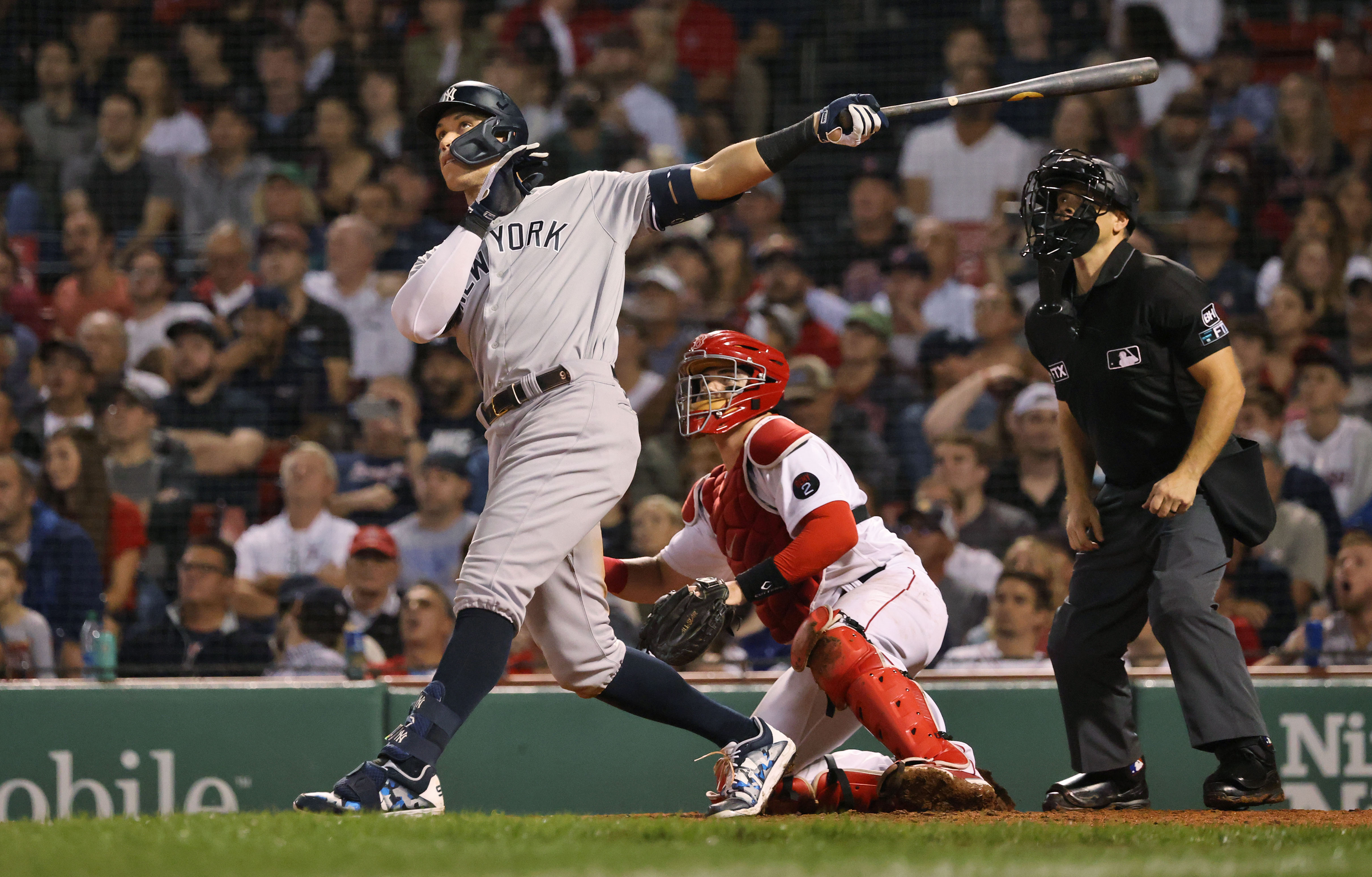 I had to Judge it for a third week in a row here at the Rundown, seeing as how Kyrie Irving scored two straight buckets worth of episodes back when we were doing our bi-ness as Heroes . As interesting as I find that knucklehead, I’m in the market for a new King. There’s a dude who is currently working at 161st Street in the Bronx who fits this bill, to the tune of 57 Big Macs with plenty of menu left to be read. 61 ties Aaron Judge with Yankees legend Roger Maris while 62 paves a new parking space in Yankees- and MLB- lore. This is page turning stuff, especially considering he’s also hot on the heels of a Triple Crown season. So now the question becomes, can Judge make it four straight appearances next week on the Rundown?

I wasn’t gonna do it until I did it. No, no, no . . I’m not talking about some primo OG Kush. In this instance, I’m talking about the newest Game of Thrones remedy now streaming on HBO. The storyline in House of the Dragon is a couple hundred years in the rear view of the seven kingdoms of GOT, and it follows the Targaryen dynasty into all manner of debauchery and dragons. The cast is Valyrian steel and the story turns my page just fine, because it ain’t surfing on the coattails of the show that made it go.

It’s how you prequel. 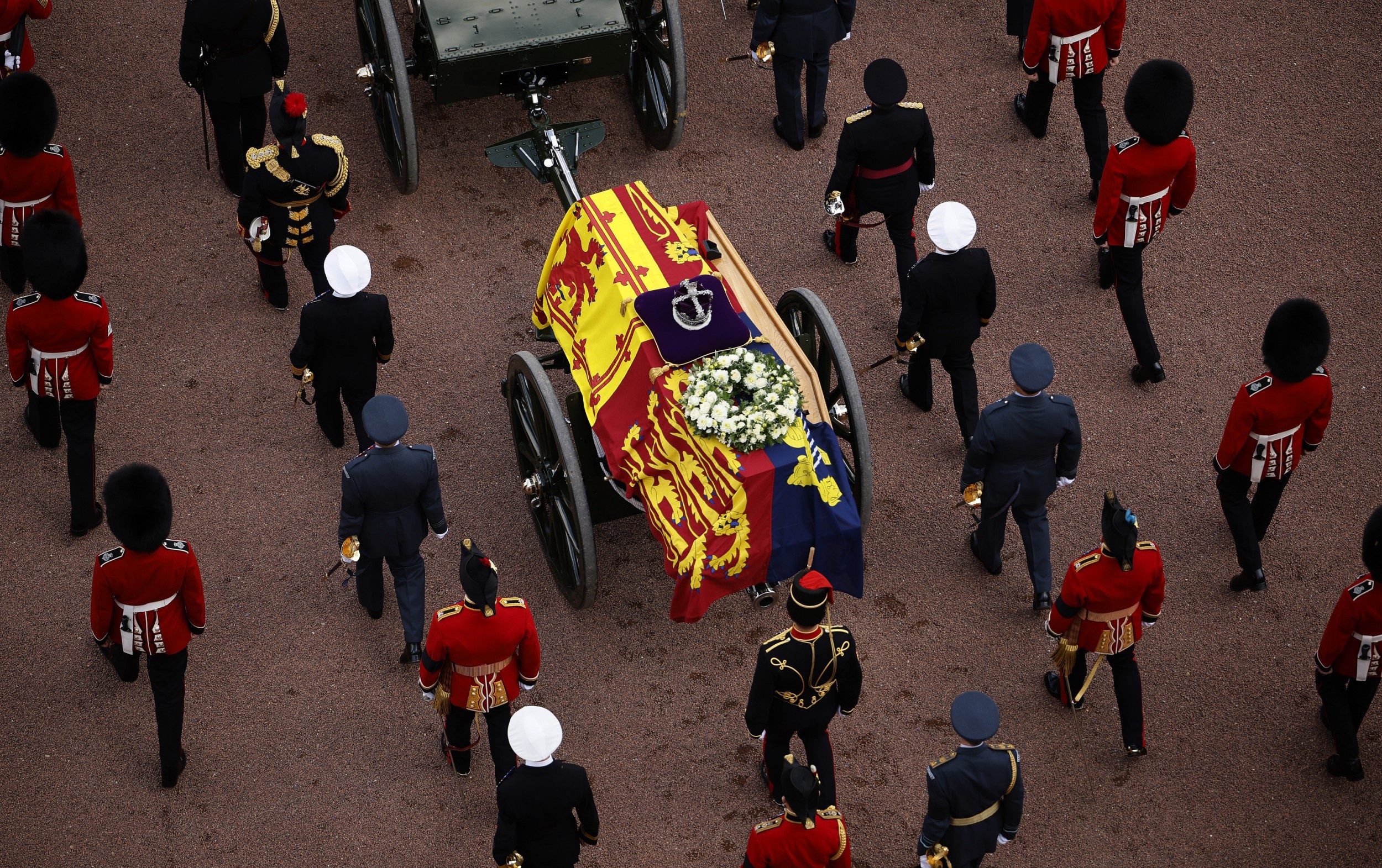 Queen Elizabeth’s passing last week at the age of ninety-six at Balmoral Castle in the UK marked the end of an era. And what an era it was. Her seventy years on the throne marks the longest reign of any British monarch ever and the only one most of us have ever known. She was Queen for 15 British Prime Ministers, which means she met with the sublime of Winston Churchill to the ridiculous of Boris Johnson. She wasn’t a policy maker, but she was in the loop on all things England.

A thirty-eight minute cortege on Wednesday saw the Queen’s coffin travel from Buckingham Palace to Westminster Hall. The unease of that crown, even in an age where the weight is mostly symbolic in nature, now passes to the son, King Charles III. 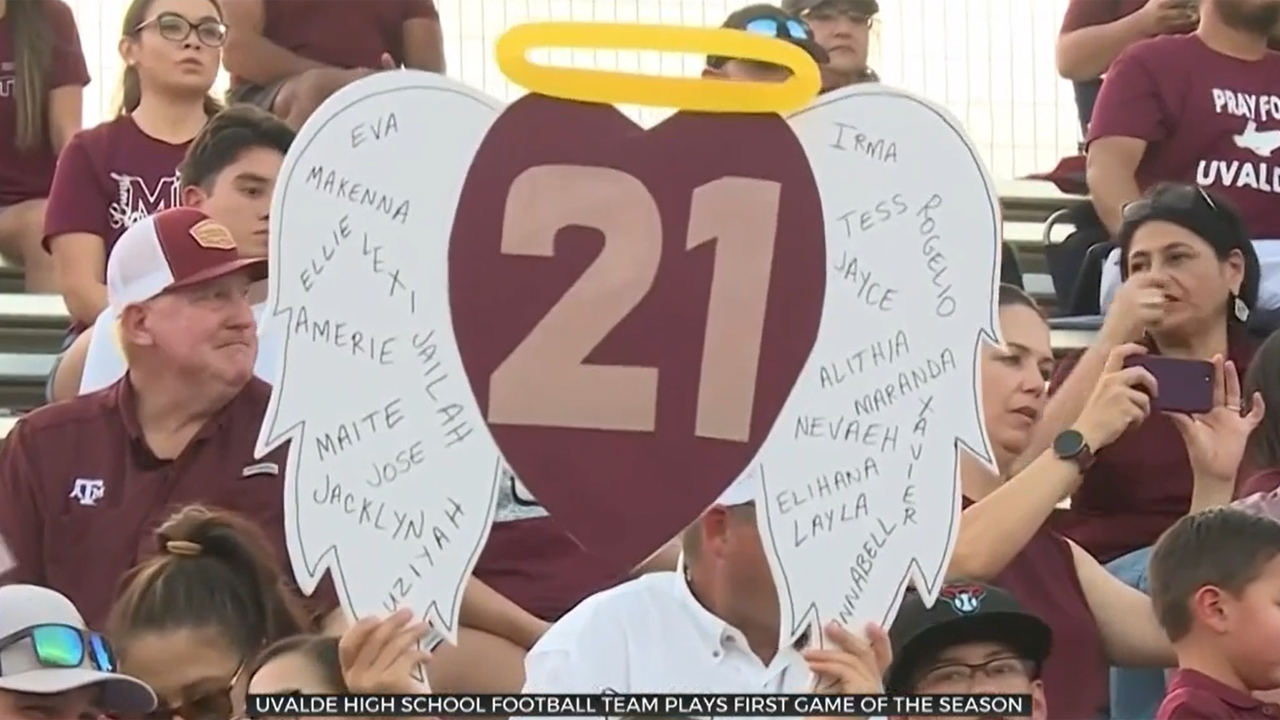 The Uvalde High School football team is 2-0 after winning its home opener 34-28 in a come from behind thriller last weekend. For this small Texas town with a population of 16,000, good outcomes are hard earned these days.

Uvalde was the scene of an unimaginable horror on May 24 when twenty-one people- nineteen students and two teachers- were gunned down at Robb Elementary School. The students lost in the rampage ranged in age from 9 to 11 years old. And just writing that sentence makes my hands shake.

The Coyotes winning a couple of football games inside the first breaths of autumn doesn’t change what came before. But for a night, it was something good happening inside an age where madness wins too far too often. It was a coming together for all the right reasons. It was kids being able to be, well . . kids. It was smiles and cheers and hugs and it was knowing. Knowing how important it is for the living to tell the stories of those twenty-one souls whose tomorrows never came. And maybe it’s more important than we know, to tell those stories until our lights no longer shine.

I have to wonder if maybe, just maybe, there was something happening from somewhere else to here when the Uvalde high school team won its first game of the season at the end of August by a score of twenty-one to thirteen. You can chalk those twenty-one points up to coincidence if you like.

46 thoughts on “The Rundown”