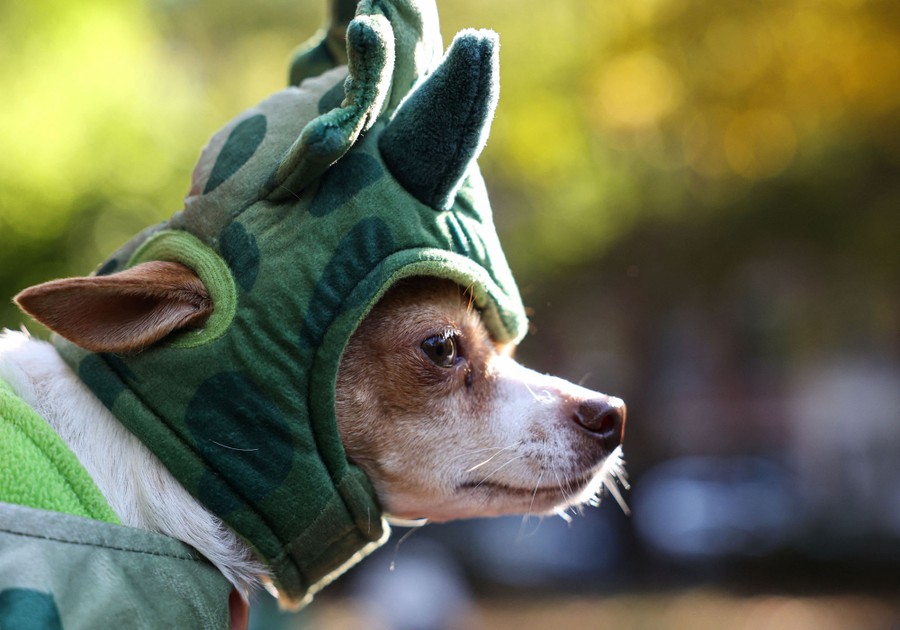 I conducted a science experiment the other day and the results were uglier than a Kanye West bank statement. My test involved scrolling through my browser history to check out how many of the stories I was culling for today’s episode landed on the minus side of the ledger. I found eleven stories and all of them were sunshine bandits, so I trashed them. But the thought remained steadfast.

The struggle for good news is real.

It’s why humankind should appreciate cats and dogs more. They don’t ask for much and they give back everything. If they wanted to charge for their services, the price would be steep, and a bargain at that. Which is why I chose that handsome little fella above for the marquee. He was taking part in the Halloween Dog Parade in Tompkins Square Park, NYC. In a world full of dirty rotten tricks, there are treats to be found if we look hard enough.

I’ve had it up to here (I’m holding my hand over my full pint glass) with these car companies and their electric boogaloo mission statements. But this story mellowed that harsh temporarily and for good reason.

The peeps at Honda have designed an electric vehicle for the kids at Children’s Health in Orange County, California. The ride you’re checking out is called Shogo and it was made with the express intent of bringing smiles for miles whilst delivering the kids to their treatments. It leaves gurneys, wheelchairs and those hospital blues in the dust, and that’s the point.

“To see the joy on the faces of these young patients when they get behind the wheel of Shogo is truly rewarding,” said Hundy Liu, manager of national advertising at American Honda Motor Co.

That’s a full tank right there.

As the inimitable Dan Lafontaine would’ve said, in a world where any and every good movie and television series is imitated and duplicated into meatloaf, leave it to the Rocky franchise to punch its way out of the cookie cutter conspiracy. Because from the moment they cast Michael B. Jordan as the protagonist for the Creed universe, I scored this refresh knockout win.

The initial installment proved me right while the sequel might’ve lost something on points. But the trailer for Creed III tells me we are back in business and badder than ever. And this fan cannot wait.

Mariana Varela and Fabiola Valentin are more than just a couple of pretty faces. They’re also married, having tied the knot recently to the surprise and delight of fans and guys with too much time on their hands everywhere. The former Miss Argentina, Varela met Valentin, the former Miss Puerto Rico at the Miss Grand International competition in Thailand in 2020 and from there, love punched their dance card.

On a stage full of Misses, these two are a hit. 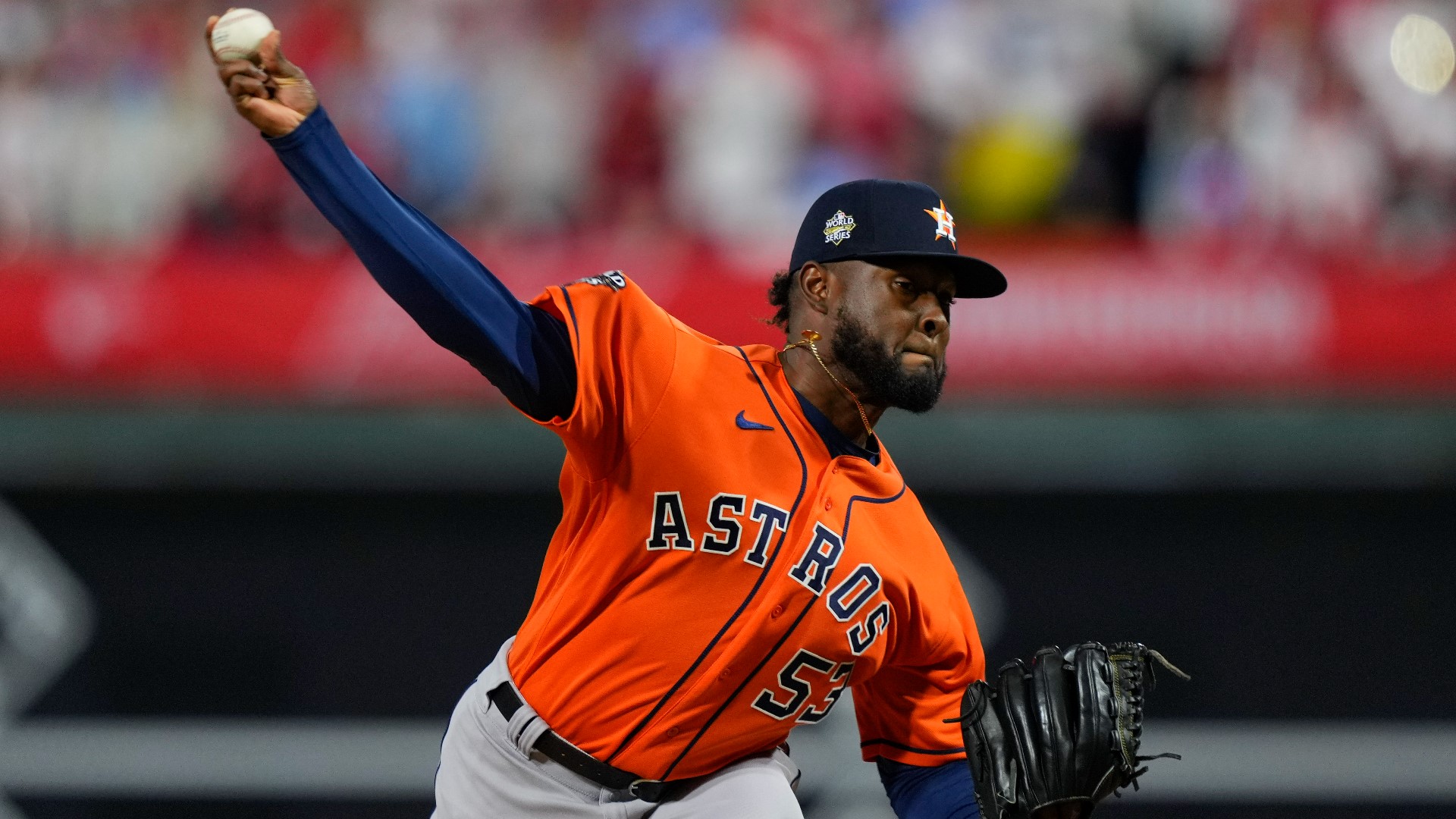 If you’d have put the twelve MLB teams that made the 2022 postseason in a casual fan wish list of must see World Series clubs, the Houston Astros would’ve battled the Tampa Rays for last with the Phillies not too far behind them. And yet, these two have provided a compelling Fall Classic to this point- what with the Phillies coming back from a 5-0 deficit in the opener to win it, to their home run derby performance in Game 3. The Astros moved to the brink of a title last night with Justin Verlander winning his first ever World Series game, and I had no idea this HOF dude was even on such a schneid!  And I’d be remiss and totally recalcitrant if I didn’t mention how Cristian Javier made like Nolan Ryan with his six no hit innings on Wednesday night. The Houston bullpen kept the home team hitless the rest of the way, delivering the first no-hit game in a World Series since Don Larson’s perfecto for the Yankees all the way back in 1956. I didn’t see that one since I hadn’t been born yet and I didn’t see last night’s game either since I was sleeping. 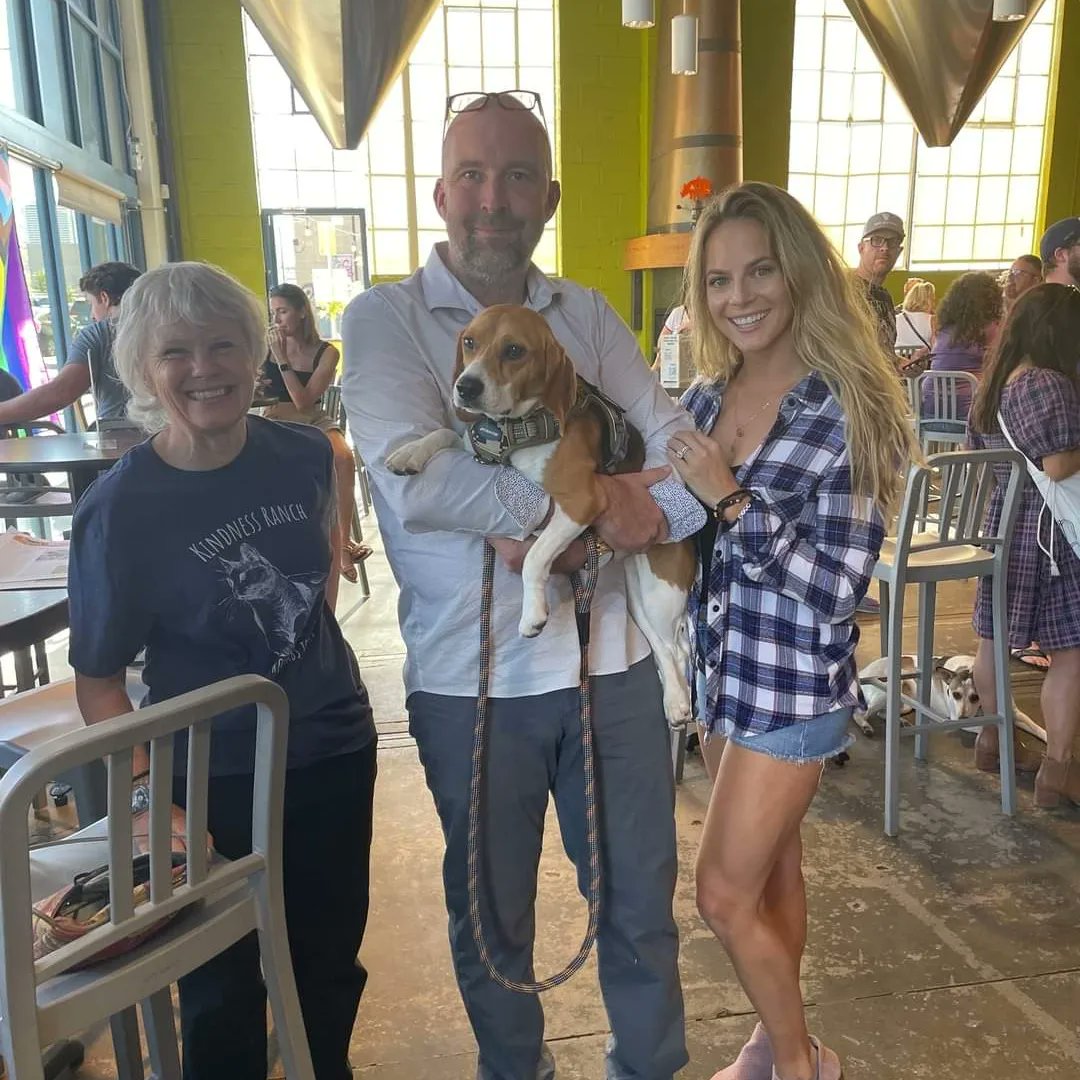 My Hero of the Week! for this first episode of November is John Ramer, the executive director of Kindness Ranch. This guy was one of the integral point guards for the largest animal rescue effort ever recorded last month. Thanks to the tireless efforts of hundreds of agencies and thousands of people, more than 4,000 beagles were freed from their not so happy home.

Envigo is a testing facility in Virginia whose business was breeding dogs for testing. With all the low down dirty business of a news cycle we have coming at us on the regular, here was a story that found new lows: Dogs bred for big business pharmaceuticals, raised in awful conditions and treated like commodities whose only value was the bottom line.

Animal rights advocates and legislators and the Department of Agriculture and PETA and the DOJ and the Humane Society and so many countless others put an end to all that. And now all those thousands of beagles do not end up at a lab somewhere else. And now they get to run on real grass and sit in the sunshine and walk in the park and eat real food and yeah, maybe even steal some. But that’s okay because they’re going to get hugged. Lots.

And all those stories, forgettable and worse, don’t matter nearly as much as the stories that are gonna be told from every corner of the map. In forever homes that beat back at the struggle for better news by finding their very own.

Every dog gets its day.

52 thoughts on “The Rundown”