It’s impossible to know what happens from here, but that’s because life doesn’t let us cheat. We don’t get to read the last chapter in order to make sure the story goes to our liking. It doesn’t work that way.

I woke up to the sobering news that the Buffalo Bills safety Damar Hamlin was clinging to life after collapsing on the field during a Monday Night football game. I was expecting to dig into the deep of a dish that had been billed as the latest “Game of the Year” in a league that sells hype the way Waffle House sells bad decisions. The league was spot on about this one though, because Bills vs Bengals was coming in hot: From a conference champion looking to win one more game than last season to the team many consider the favorites this time around. Add in two of the best young quarterbacks in Joe Burrow and Josh Allen and the game really didn’t need much selling. 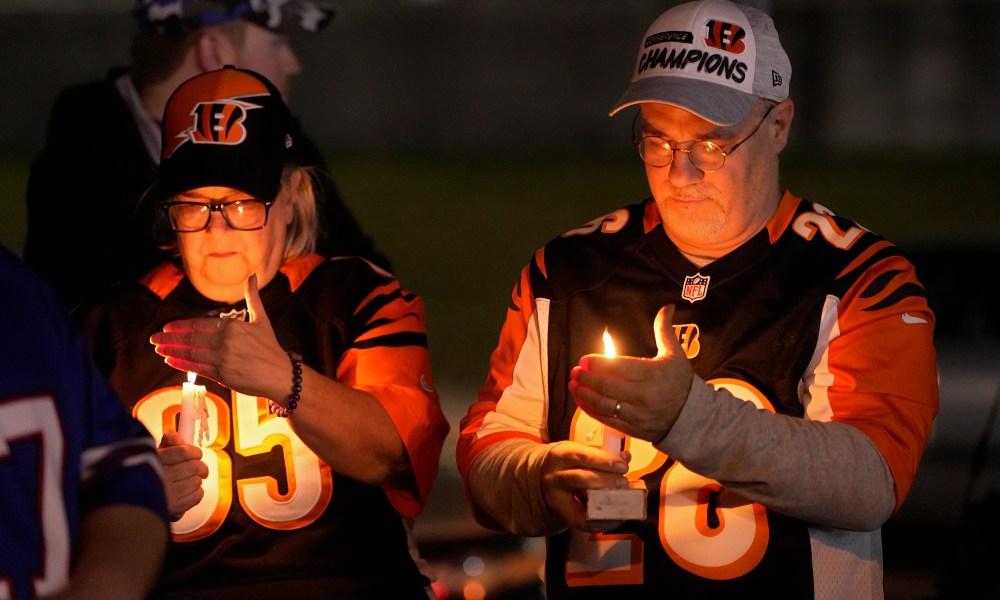 And then Bengals wide receiver Tee Higgins caught a pass over the middle and then Damar Hamlin applied the hit to take him down and then he rose to his feet momentarily before collapsing in a frightening heap. We would come to learn that Hamlin died on that field before emergency personnel brought him back. After which the last six minutes of the first quarter and a 7-3 Bengals lead and a matchup of two conference heavyweights stopped mattering. Because that’s when the sixty-five thousand fans in attendance and the millions watching at home had to give life and death their undivided attention. For the better part of an hour, those sixty-five thousand souls at Paycor Stadium behaved as one. Their rooting interest was no longer attached to a scoreboard or the standings or a social media page. Their cheers stunted by the tragedy that was playing out on the field below, they focused all of their energies into a collective embrace of Damar Hamlin; a young man fighting for the rest of his life right in front of them.

As a country, we are one hot mess. We are petty and political and wholly improper when it comes to compassion. It’s gotten to the point where Saturday Night Live is going away because it cannot deliver the same level of satire as our cable news channels.

But there are times when all the differences in the world cannot overshadow the ties that somehow still hold our tattered flag together. It happened on Monday night when every single fan in that stadium came together not for a game, but for Damar Hamlin. The previously raucous crowd more closely resembled church as they stood together in silence and just waited, together. And after the game was called, they filed out into the streets and joined together again in hushed conversations and candlelight vigils. And this brush fire of a newly found spirit, it grew.

Football stadiums across the country lit up their digs in the colors of the Bills, the new America’s Team. Cincinnati’s skyline went blue as well, as did the Pro Football Hall of Fame. Hockey players wore shirts in his honor. Social media sites were overrun with best wishes and prayers for Hamlin. Less than a day after Hamlin’s collapse, his toy drive for needy kids saw a five million dollar spike in donations.

Yesterday, Damar Hamlin woke up. His family members were right there waiting, just as they have been since that fateful Monday night when they thought they might lose him for good. And the humble kid from McKees Rock, Pennsylvania who has given so much of himself, learned how much he has come to mean to all of us.

“Did we win?” He asked. The question provides us all with a much needed sense of normalcy. And if we could answer him collectively, I think it’s easy to guess our response.

37 thoughts on “The Vault In Our Stars”