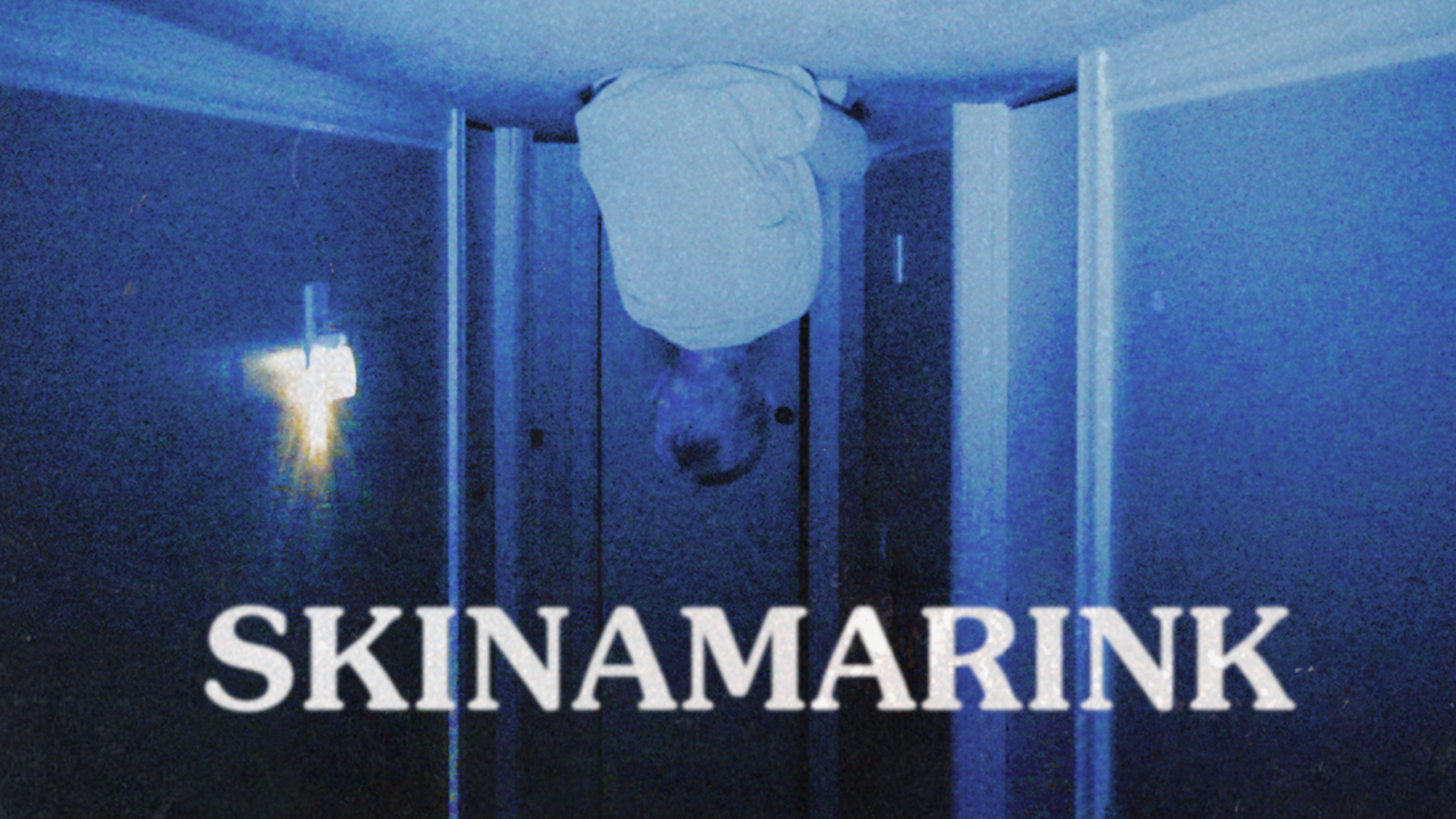 I’d like to welcome you to our first movie review of 2023. I was able to get Joe Pesci to take some time away from his very busy schedule . . which includes tee times in Scottsdale and blowing his denture dough on the ponies . . .

Fuck you very much, Marco. For one thing, I ain’t gambled on the ponies in a month. And when I do, I win! For anotha, I only use golf clubs when negotiations hit a snag . . .

And if you got a problem with it, I can introduce you to my hybrid driver, ya stuttering prick.

No thanks Joe. Golf ain’t my bag, pun intended. But movies are, and we have a rather unusual entry this week. Skinamarink is the directorial debut for Canadian filmmaker Kyle Edward Ball. It was made on a skinny jeans budget of $15,000, most of which was raised through crowdfunding. And while I loved it? Joe . . . not so much.

Don’t forget to mention we got some spoilers Marco. I know how sensitive you get about that shit.

My little guy is growing up!

And what’s this crowdfunding about?

I know a guy who woulda leant him da money without all that aggravation.

Yeah I’m pretty sure Ball didn’t want to be taking out a loan in which he was repaying the debt with certain of his body parts.

Enough of that, let’s get to what’s cooking. Joe, I cannot say enough good things about this movie, which pits me on the movie geek side of the ledger. It’s a polarizing film that people either loved or loathed. I happened to love it for its bare boned heft. It takes the mainstream paranormal movie and places it in a masterful reduction sauce the likes of which I do not believe I have ever experienced.

Well, if that means dis Ball guy robbed anyone who wasted their time with dis piece of shit of a movie, then I agree wholeheartedly. If a hundred closeup shots of Legos and an endless reel of cartoons that are older than me is your bag, then you probably don’t need to be sitting in the dark in the first place. You need stronger meds.

God forbid a filmmaker challenges you to put in some work! The nightmare scenario is something Ball honed for years on his YouTube channel, and he marries it to all those many things we still fear . . like the dark and strange noises and being completely helpless. And umm, what part of ‘experimental’ did you not understand?

Excuse me asshole, but I experimented plenty when I was younger. And it was WAY more enjoyable than this vomit on a stick.

That’s the whole enchilada man! Ball turns the paranormal genre on its head, both figuratively and literally. There’s no reliance on CGI or sound effects or big name talent. His story’s complexity is found in the simple things and that’s why it works. You have to be patient with this one, so I can see where the meaning escaped you.

Lemme tell you something pal, I am being plenty patient right now seeing as how your nose is still attached to your face.

May I remind you this humble little venture just surpassed $1 million at the box office, and it drops on the horror channel Shudder in February. That tells me lots of people are seeing it my way.

Oh yeah? Well that tells me there are a lot of mental patients walking around.

I give it four out of five stars with my only critique being the running time. Ball could’ve cut it down some, but really, I’m just nitpicking.

Wow Joe, you were pulling one over on me this entire time?!

No. I give it a five, as in you better have five drinks in you before you watch this crap. And you bettah keep right on drinking when it starts because if you’re lucky you’ll pass out and forget it ever happened.

22 thoughts on “Joe and Marco At The Movies!”